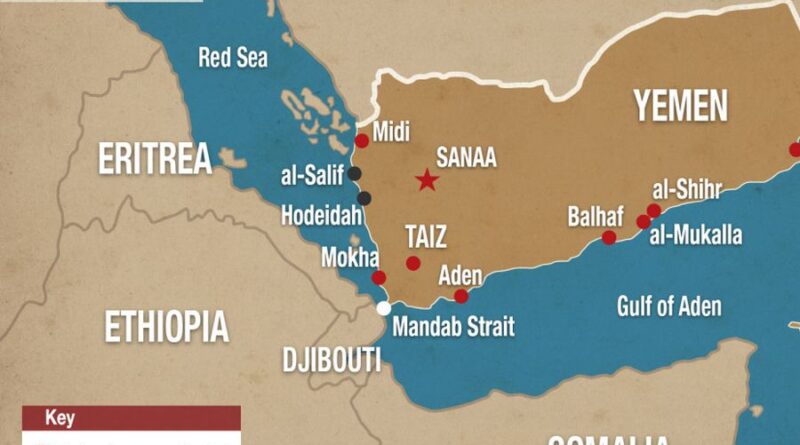 Washington was bowled over on Nov. 17 upon learning that Saudi and UAE forces had pulled back from Yemen’s Red Sea coast, handing control to Iran’s surrogates just a week after their the Gulf nations’ first joint Red Sea naval drill with the US, Israel and Bahrain. The DEBKAfile account of the unprecedented war game, launched on the 11th, disclosed that it was commanded from Egypt’s Berenice military base, which President Abdel-Fatteh Sisi had inaugurated on the Red Sea’s western coast only last year. The exercise was designed to highlight the resolve of the US-led coalition to prevent Iran from seizing control of this primary shipping and oil route to and from the Suez Canal and the Mediterranean.

That objective was derailed by none other than two of the exercise’s participants – Saudi Arabia and the UAE – which dropped a bombshell on the exercise by a sudden decision to pull their forces out of a 300km long stretch of Yemen’s Red Sea coast – from Aden in the south to Hodeida in the north.

Gen. Turki al-Malki, spokesman for the Saudi-UAE coalition fighting pro-Iranian Houthi rebels in Yemen broke the news: “A redeployment was ordered to support other fronts and in line with the coalition’s future plans,” he said.

Far from being a tactical move, military experts au fait with the Yemen war call the “redeployment” a major defeat for the two Gulf nations and a strategic victory for their foes, the Houthi insurgents and their Iranian sponsors. Iran can now chalk up control of the eastern shore of the Red Sea, ranging from the important Al-Mandeb Straits gateway in the south up to the Saudi border in the north. Control of this shore enables the Iranians and their minions to set up coastal bases for missiles, armed drones and speed boats for harassing shipping passing through the Red Sea.

The whole point of the US-led naval drill has therefore been invalidated. The US, Egypt and Saudi Arabia have forfeited a high card in control of one of the world’s key waterways, while Israel’s strategic goal of distancing Iran from its southern outlet to the sea has been turned on its head.

Our Washington sources report that the Biden administration confronted the Saudis and Emiratis with a demand for clarifications for their double game, so far without receiving a response.