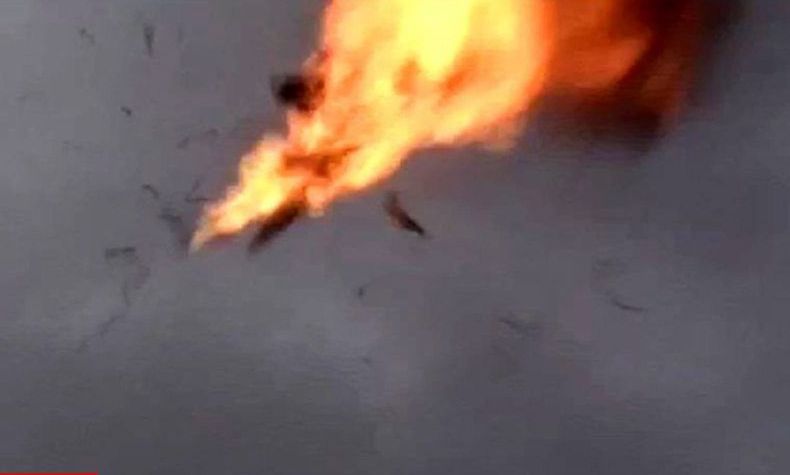 “Two pumping stations on a major Saudi East-West oil pipeline were attacked by drones on Tuesday, May 14, Saudi Energy Minister Khalid Al Falih stated, two days after two Saudi oil tankers were sabotaged outside Fujairah port in UAE Golf of Oman waters. This attack had drawn no international response after 48 hours. The minister called the attack by drones carrying explosives an act of terrorism that targeted global oil supplies. The two pumping stations belong to Saudi Aramco, forcing the state oil company to suspend operations to assess what Falih described as “limited damage.” The stations are situated in the Saudi cities of Afif and Dawadmi and are linked to a pipeline transporting oil from the eastern oilfields to the Red Sea port of Yanbu.

Earlier, a television station owned by Yemen’s Iranian-backed Houthi insurgents claimed drone attacks on Saudi installations, without identifying the targets or time of the attacks.

The UAE has identified the four vessels sabotaged on Sunday as a very large crude carrier (VLCC) tanker Amjad and crude tanker Al Marzoqah, both owned by the Saudi shipping firm Bahri. The other two were the UAE-flagged fuel bunker barge A. Michel and the Norwegian-registered oil products tanker MT Andrew Victory. An unnamed US official said Tuesday that an initial assessment suggested that Iran was behind this attack, but there was no evidence of this as yet.

DEBKAfile adds: The second attack on essential Gulf oil infrastructure on the heels of the first took place in the absence of an international response to the sabotage of four oil tankers outside Fujairah port on Sunday. US officials even tried to play the event down. While the first attack, which was more of a warning than seriously damaging, was carried out by Iran’s elite Al Qods special forces, the second was claimed by Yemeni Houthis. Last December, these Yemeni insurgents used an explosive drone supplied by Iran to bomb a government parade and kill a large number of pro-Saudi officers and men. Then, military experts warned that this new Iranian device, after proving its worth as a precise weapon in Yemen, was ready for use against other Iranian targets, including US forces in the region and Israel.

Both targets, the new Fujairah pipeline project and the Saudi East-West pipeline, were designed to bypass the Strait of Hormuz which is controlled by Iran. Tehran’s two attacks this week were both in response to US sanctions on its oil experts and a demonstration of its many resources for causing damage to the Gulf’s entire energy industry and disrupting all its export routes to international markets.