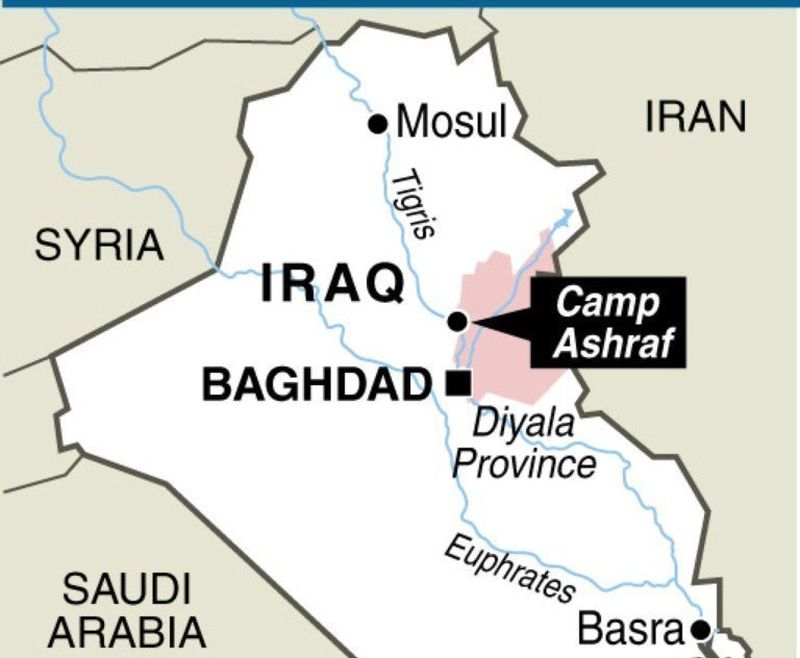 A second Israeli attack in 10 days on Iranian Guards’ and Iraqi militia forces in eastern Iraq was claimed on Sunday, July 28 by Iraqi military sources. They described one or more Israeli Air Force jets striking Camp Ashraf in Diyala Governorate, some 80km from the Iranian border and 40km north of Baghdad. The Iraqi sources reported that the Israeli aircraft struck a consignment of ballistic missile launchers transferred a short time ago from Iran to Iraq. as well as the missiles themselves and the living quarters of Guards officers and personnel of the pro-Iranian Iraqi Badr Brigades militia. Some sources reported up to 40 dead in the attack.

Camp Ashraf is described by DEBKAfile’s military sources as one of the largest military compounds in eastern Iraq, with room to house more than 4,000 troops and their weapons systems. It also holds a big complex of subterranean facilities storing missiles, tanks and heavy artillery. Camp Ashraf is the address of the main base and command headquarters of the Badr Brigades, the largest pro-Iranian militia in Iraq, This militia has become heavily engaged in Tehran’s new drive to transform Iraq into a frontline base of operations.

Israel’s first purported target in Iraq on July 19 was another Badr Brigades facility in eastern Iraq, outside the town of Amerli in the province of Salahudin. That one housed the 52nd Brigade of the Hash Shaab militia.

On July 24, Israel was reported by the Syrian military to have conducted a surface missile attack – this one to demolish an intelligence station just constructed by the Iranians at Tal al-Harara in southern Syria for a broad overview of northern Israel and parts of the eastern Mediterranean.

If all three Israel attacks are confirmed, it would indicate a radical escalation of its operations against Iran’s new, ongoing initiatives to set up a new front-line military presence in Iraq and southern Syria.

Prime Minister Binyamin Netanyahu responded to the successful Arrow 3 tests in Alaska against exo-atmosphere ballistic targets at the Sunday cabinet meeting by saying: “They were successful beyond imagination, Each a perfect hit. This means that Israel could send ballistic missiles into Iran.”

Netanyahu, who also serves as defense minister, did not elaborate on this comment, but it evidently carried a message, that while Israel has the capacity to intercept and destroy the ballistic missiles that Tehran has begun transferring to Iraq and Syria, it has no defense against Israel’s long arm and its ballistic missiles.