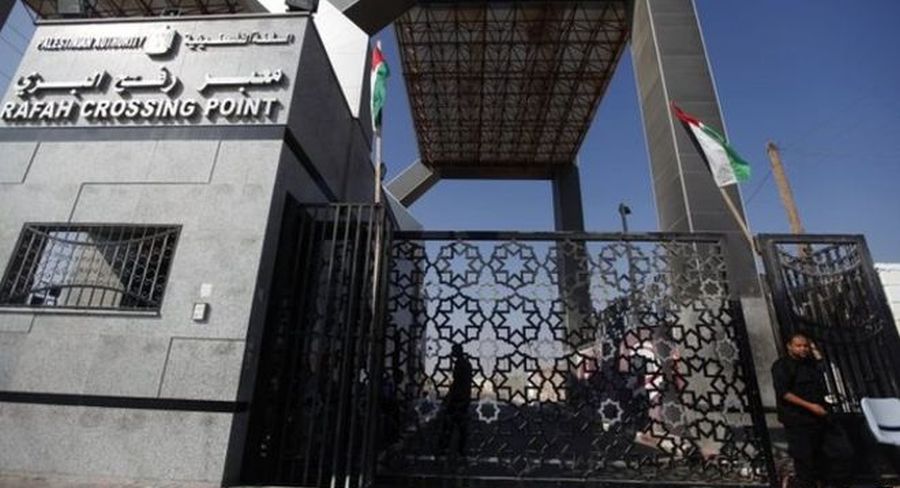 Egyptian intelligence and Hamas security agencies are in an overnight effort to rush through the Gaza crossings’ handover to the Palestinian Authority by Wednesday morning, Nov. 1, even if only as a token step. This is reported by DEBKAfile.
To distract attention, they put out a statement earlier Tuesday pretending that the transfer had been postponed from Tuesday to Nov. 15 in consideration of the high military tension generated around Gaza by the IDF’s destruction of a Jihad Islami terror tunnel on Monday.

Our military sources report that the latest Egyptian-brokered Palestinian unity steps are shrouded in secrecy, which Israel, too, is preserving. Therefore, there is no information about a Palestinian Authority security contingent reaching the Gaza Strip on Tuesday. Neither is there any word about this contingent obtaining permission to travel from Bethlehem through Israel and gaining entry to the territory through the Erez crossing. This contingent may still make the journey overnight under cover of dark – either through Israel or Egypt – barring another last-minute change of plan.
If they go ahead, the transfer itself will take some days.

Egyptian and Hamas officials are confident that the Jihad Islami won’t act Tuesday night on its threat to wreak vengeance on Israel for blowing up its terror tunnel in an explosion that left 11 operatives dead.

DEBKAfile’s US sources disclose additionally that there is nothing to the reports published in Israel in the last few days that the Trump administration is on the point of presenting Israel with a new Israeli-Palestinian peace plan. Senior US officials in Washington told our sources that no such plan exists. They say that Middle East leaders, who are talking about it, including Prime Minister Binyamin Netanyahu, are fully aware of this, but are using the non-existent US peace plan as a pretext for turning down or delaying projects they deem undesirable.
The only real project engaging Trump’s Middle East envoy Jason Greenblatt at present is the establishment of joint Israel-Palestinian industrial zones in Judea and Samaria.