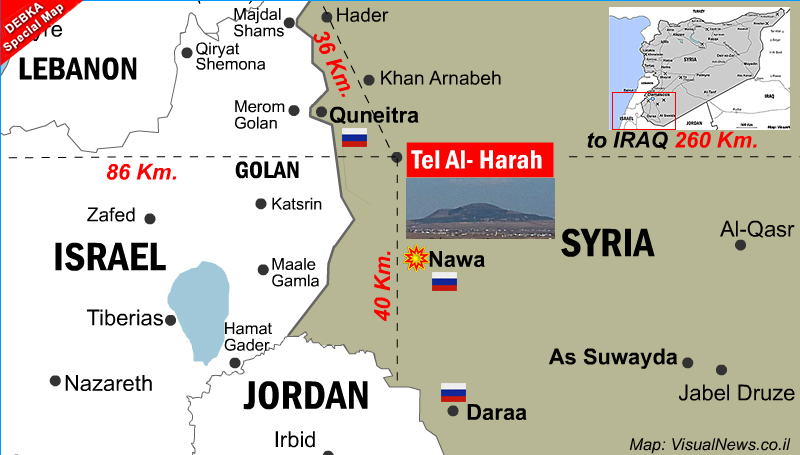 The scandal over President Donald Trump’s defense of President Vladimir Putin against US intelligence at the Helsinki press conference – for which he, sort of, apologized – served him too as a distraction from a momentous military-intelligence deal the two presidents secretly contracted at their summit, with Israel’s approval.
DEBKAfile has obtained exclusive access to this deal and can reveal for the first time that it provides for the handover to Russian responsibility of all parts of southern and southwestern Syria abutting on the Israeli and Jordanian borders, including, most importantly, surveillance and observation elevations that oversee all parts of Syria, Iraq, Jordan, Israel, Lebanon and the eastern Mediterranean. Trump and Binyamin Netanyahu thereby gave Putin a valuable asset for boosting Russia’s military presence in Syria and the region at large.
This complicated, wide-ranging Trump-Putin-Netanyahu deal is revealed in detail in the coming issue of DEBKA Weekly out this Friday, July 20. Don’t miss this epic story. Join the DEBKA Weekly list of subscribers by clicking here.