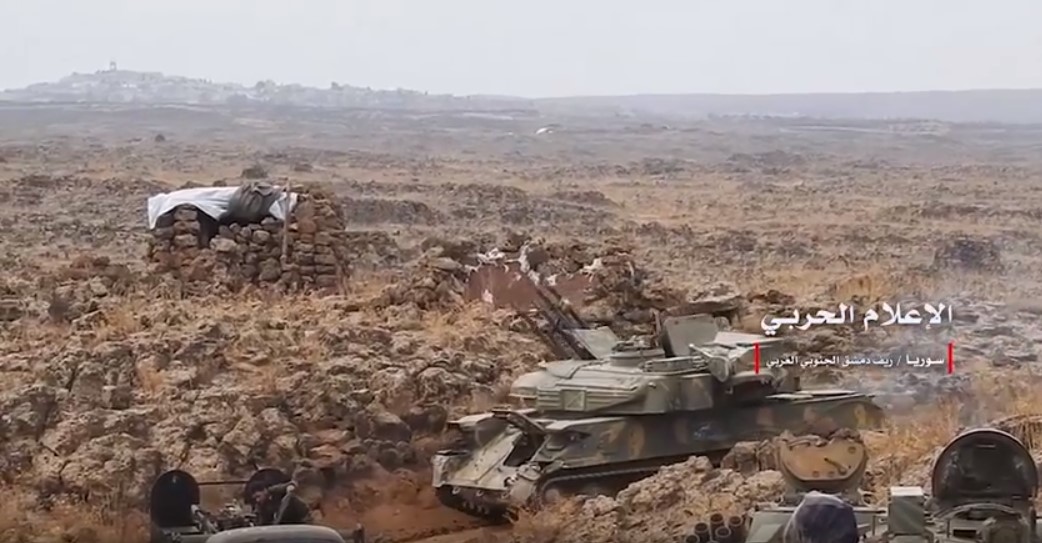 Syrian and Hizballah forces have seized a key village in the strategic Beit Jinn enclave north of Israeli Golan, just 4km from IDF Hermon positions.
The village of Mahar Al-Mir was captured in two days of fighting ending Friday, Dec. 22. Mostly populated by Syrian Druzes, the village was held until now by Syrian rebels belonging to the al-Qaeda-linked Hayat Tahrir al-Sham. Syria and Hizballah claim that this group was sustained by arms and logistic support from Israel. According to DEBKAfile’s military sources, by capturing the village, the Syrian-Hizballah force has managed to split the rebel forces into two parts, each of them effectively under siege.

Israel has repeatedly sent out warnings that Hizballah would not be permitted to come near its Golan border, yet the IDF did not raise a finger to save Mahar Al-Mir. Since its fall, the rebel chiefs offered to retreat from the enclave without a fight. This development, our military sources stress, would bring Syrian and Hizballah troops right up to the Syrian-Israel borderline running through the Hermon foothills up to northern Golan.
Syria and Izbal Hizballah intend using the fall of Beit Jinn and the rebel forces’ retreat as a fulcrum for rooting out the influence Israel maintains among the rebel groups holding the Quneitra region of Syrian Golan. In negotiations taking place on Friday, the Syrians and Hizballah informed the rebel leaders that their safe retreat was contingent on their surrender of members who liaised with the IDF, according to a list presented them. If they refused, the battle would continue until Syrian and Hizballah troops wiped out every last fighter cornered in the divided village.
The fate of Syrian rebels who collaborated with the IDF does not bear thinking of if they are turned over to the two armies. If this happens, the rebel groups holding Quneitra would lose all trust in Israel after counting on the IDF for protection.