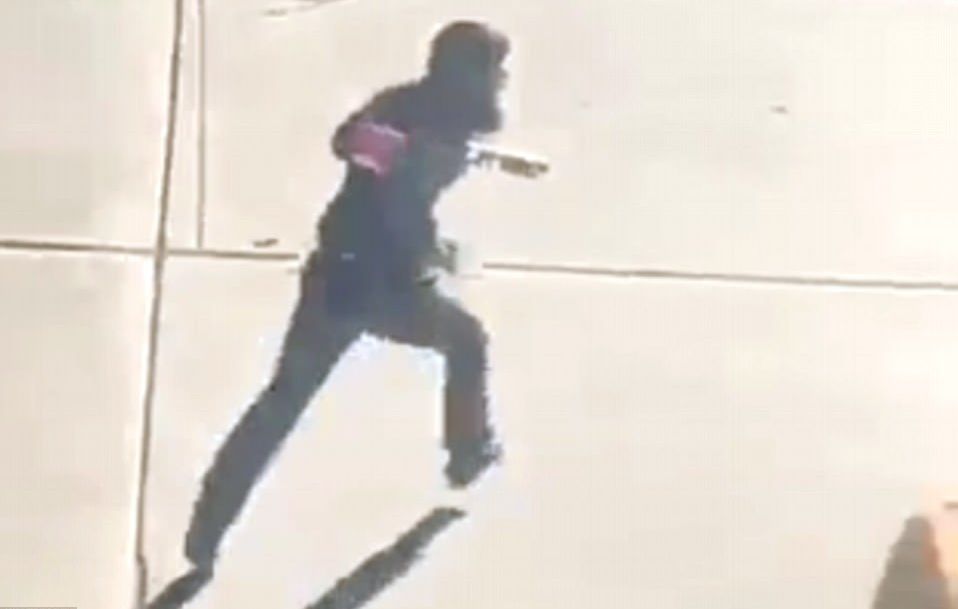 Eight people are dead and 15 have been injured after a truck mounted a bicycle path in lower Manhattan on Tuesday afternoon, mowing down cyclists and runners while shouting ‘Allahu Akbar’.
ABC News and other media outlets named the suspect as Sayfullo Saipov of Tampa, Florida. According to CBS News, the terror suspect is “Sayfullo Habibullaevic Saipov, apparently from Uzbekistan.”
Saipov, mounted the bicycle path at Houston Street at 3.05pm and drove 17 blocks downtown, knocking down victims before coming to a stop at Chambers Street where he eventually crashed in to a school bus.
There were two children and two adults inside the bus at the time. They are among the 11 injured people now in hospital with serious but non-life-threatening injuries.
After coming to a stop in his rented Home Depot truck, the terrorist then emerged from waving a paintball gun in one hand and a pellet gun in the other. 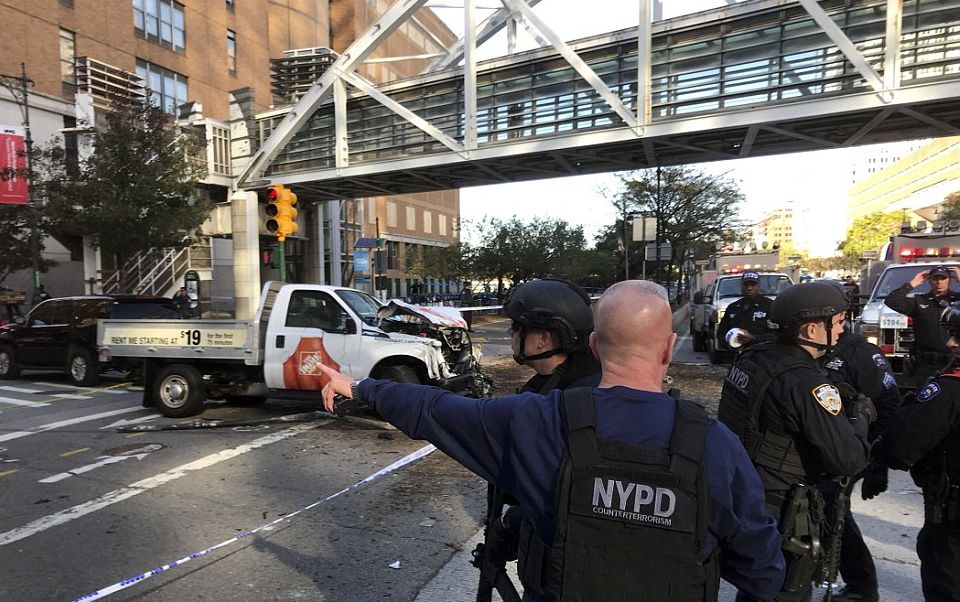 He was shot in the stomach by an on-duty NYPD officer who was at the scene and is now in hospital under police supervision.
At a press conference at Police Plaza later, New York Mayor Bill De Blasio condemned the attack as a ‘cowardly act of terror’.
‘Based on the information we have, this was an act of terror and a particularly cowardly act of terror aimed at innocent civilians, people going about their lives,’ he said.
NYPD Commissioner James O’Neill confirmed the driver’s movements. He would not release his identity or nationality, saying it was too early in the investigation to share such details.
President Trump acknowledged the attack on Twitter, describing the perpetrator as a ‘sick’ individual.
‘In NYC, looks like another attack by a very sick and deranged person. Law enforcement is following this closely. NOT IN THE U.S.A.!’ he said.