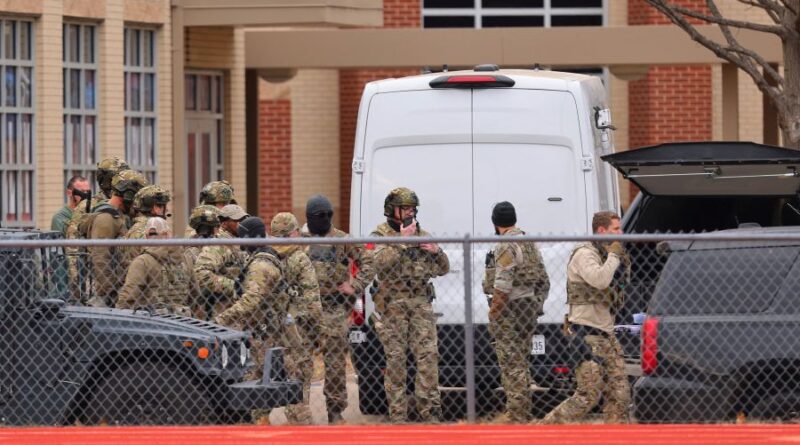 Three hostages were freed unharmed from the Colleyville Beth Israel synagogue in Texas early Sunday, Jan. 16 when the FBI and local police breached the building and ended their 12-hour ordeal. A fourth hostage was released earlier. The hostage taker was killed. He had claimed he had explosives when he broke into the synagogue during a livestream Shabbat prayer. Local police have not confirmed finding any weapons. Texas Gov. Greg Abbott tweeted that all the hostages, including the congregation’s rabbi, Rabbi Charlie Cytron-Walker, were safe and out of the synagogue after a loud bang and gunfire were heard. US Rep. Beth Van Duyne first told a Star-Telegram reporter in a text that the hostage-taker was dead. It was not clear if he was killed by law enforcement or his own hand.

The man, whom local police say they have identified but not named, released one hostage during negotiations. ABC reported that he had claimed that the Pakistan terrorist Aafia Siddiqui was his sister and demanded her release from 86 years in prison for attacking US troops and officials in Afghanistan ten years ago. Her family denies any relationship with the hostage taker.

US authorities say Siddiqui is a dangerous terrorist with ties to the ringleader of 9/11. Counter-terrorism groups have dubbed her “Lady al-Qaeda,” and US officials once described her as “the most wanted woman in the world.” The US government has refused to trade her for American hostages many times, including for journalist James Foley prior to his execution by ISIS.

The Council on American-Islamic Relations condemned the hostage-taking incident in a statement.

A man has apparently taken possibly six people, including the rabbi, hostage at the Beth Israel synagogue at Colleyville, NE of Fort Worth in Texas during a livestream Shabbat service taking place on Jan. 15. He has mentioned Islam, his sister and his children, said he is willing to die, but didn’t want anyone hurt. He was heard ranting on the livestream, “If anyone tries to enter this building, I’m telling you… everyone will die.” It is unclear if anyone is injured and how the man is armed. Police appear to have begun negotiations with him. SWAT operations are in progress in the streets around the synagogue and residents in the immediate area are being evacuated.

It is unclear how many people were in the synagogue. Commenters on the livestream are offering prayers for Rabbi Charlie Cytron-Walker.

The FBI joined the local authorities Coleyville. The Israeli consul in Houston has been alerted and is heading for the synagogue to render all assistance possible to the hostages.