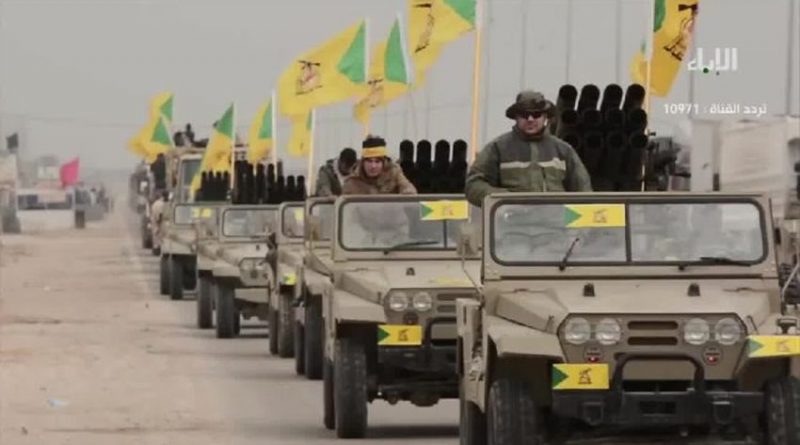 The six militiamen died in a raid conducted Saturday night, June 27, on a Syrian base that hosted pro-Iranian militiamen at a village outside Abu Kamal near the Iraqi border. Syrian official sources did not blame Israel this time. Syrian opposition sources in London, however, initially attributed the air strike to “American coalition aircraft.”  DEBKAfile has previously reported that US forces had undertaken the task of eliminating Iran’s drive into Syria through Iraq, while Israel has taken responsibility for targeting its military presence inside Syria. Our military sources add that the pro-Iranian Shiite militias, most from Iraq, are deployed in a cluster of bases set up by Qassem Soleimani (before he was killed by the Americans) to consolidate Iran’s military drive into Syria. They were amply furnished with rockets, artillery and tanks.

One of those militias is the powerful Kataib Hezbollah. If the American hand in this latest air strike is confirmed, it would tie in with the Iraqi security forces’ raid on the headquarters of that same Kataib Hezbollah militia which has plagued US forces in Iraq with repeated rocket attacks. Two of Hezballah’s three commanders were detained and its stock of rockets seized. Iraq’s new prime minister Mustafa al-Kadhimi thus carried out Baghdad’s first overt operation in years against one of Iran’s most powerful proxies in the country.

Last Tuesday, Syrian media did attribute to Israel three separate air strikes on military sites across the country, killing at least 9 people, including four Syrians. One of those attacks targeted an Iranian factory for attaching precision kits to the rockets of Iran’s Lebanese arm, Hizballah.