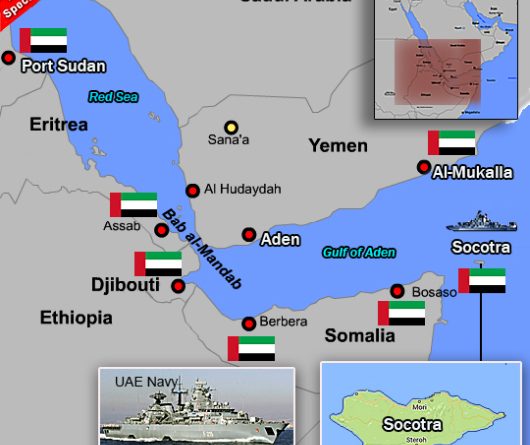 Two radical forces are gunning for Israel’s interests in the Gulf region since they were formalized in pacts with the UAE and Bahrain on Tuesday, Sept. 15.

Middle East sources claim that the United Arab Emirates and Israel are setting up spy bases on the Yemeni island of Socotra which the Emirates took over in 2017. The same sources disclose that the UAE and Israel have deployed espionage equipment on the island for monitoring the Houthi insurgents on the Yemeni mainland, 350km away, as well as Iranian naval movements in the Red Sea and the Strait of Hormuz.

The Yemeni government has called the takeover an act of aggression and Al Qaeda’s Yemen branch (AQAP) threatens to attack the putative UAE-Israeli intelligence base on Socotra. AQAP warned that if Israel set foot in Socotra “you and your Emirati partners will be targets for our fire, our commando attackers and our martyrdom bombers.”

This Socotra archipelago sits athwart the Red Sea shipping routes from the Persian Gulf and Indian Ocean and is therefore a major strategic asset, especially if Iran were to block the Strait of Hormuz.

In Yemen, Al Qaeda is on the run from Houthi rebels and in decline in other places; its leader Ayman al-Zawahiri has not been seen for many months. Nonetheless, nineteen years after 9/11, jihadist experts are not yet ready to write al Qaeda off as a spent force.

At the other end of radical extremism, are Iran-backed Shiite terrorist groups in Bahrain. With close operational links to the Lebanese Hizballah, they proclaim their intention of opposing the Gulf kingdom’s pact with Israel. The Saraya Wa’ad Allah, the first group out with a statement, says it has set up a new specialized sub-unit for attacking Israeli interests. The group strongly denounced “this false normalization with the Zionist enemy…” calling it “a cancerous gland on the body of the Ummah.”

This Saraya Wa’ad Allah has named its new sub-unit the “Martyrs of Jerusalem Company,” its purpose to target Israeli interests on the island-kingdom and is calling for recruits.  This group claims to be part of the pro-Iran “Islamic resistance” and maintains links to other like-minded radical Shiite terrorist groups as well as the Iranian Islamic Revolutionary Guards.

Most of these groups’ operations are confined to bloodcurdling media threats, including widely distributed video clips, rather than actual bombings. No terrorist attack inside Bahrain has been recorded since 2017.

Despite the preponderance of threats to Israeli nationals and interests in Bahrain, it remains to be seen how many materialize. Their effectiveness for action has been substantially stymied by arrests, heavy-handed tactics and weapons seizures by the Bahraini – plus Saudi – security forces for quelling Iran’s insurgency-fomenting tactics against the throne. However, the pact with Israel may rouse Tehran and those groups into actually making good on their threats and soon make the “puppet regime” of King Hamad al-Khalifa “taste his pursuit” for associating with the “Zionist enemy.”