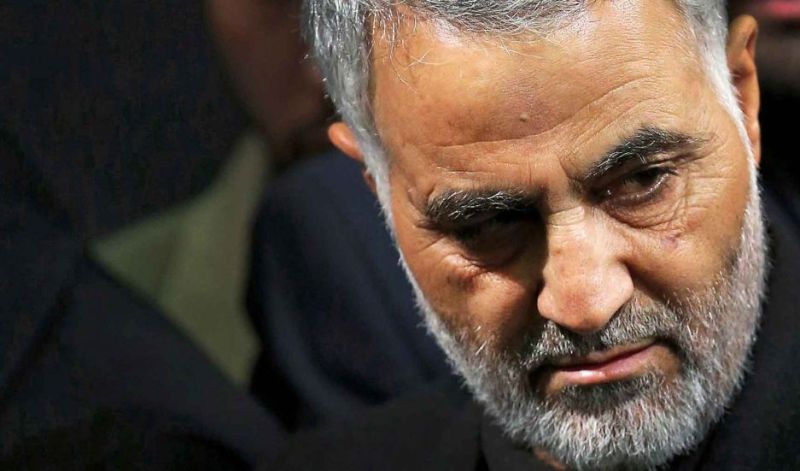 On Sept. 15, the morning after the Iranian cruise-missile drone attack on major Saudi oil installations, a Twitter account ran a speech by the IRGC Al Qods commander, Gen. Qassem Soleimani which had the ring of a triumphant address to the nation after a major victory.

“We are the nation of martyrdom. We are the nation of Imam Hussein. Ask! We have already overcome difficult events. Since the beginning of the Revolution, our victories in all fronts were guaranteed by adherence to Imam Hussein’s culture, and we have won many victories as a result of this path. This front is founded on reliance on the Imam Hussein, the Prophet’s family and the two Imams and their companions. Today, you witness it being reborn every day. Yesterday, it had a branch only in Iran. Today, it has branches in many [places] as a result of this reliance. Today, the [Iraqi] PMU is also getting inspiration from the power of resistance from this valuable position.”

The next day, Sept. 16, the Kayhan newspaper, whose editor is an appointee of supreme leader Ayatollah Ali Khamenei, ran this headline: Saudi Arabia’s Backbone is Broke. The US and al-Saud Are Mourning.

This is somewhat exaggerated. However, the words express the joy and pride experienced in Iran’s political, clerical and military ruling circles. They feel that after confronting the United States and Sunni Saudi Arabia for 40 years, Revolutionary Shiite Iran has confounded them both with a single brilliant stroke.

No one in Tehran had believed this possible, certainly not with such ease. Ayatollah Khamenei was spectacularly vindicated in his hardline confrontation policy against America and Gen. Soleimani was hailed as a national hero with near iconic status. It no longer mattered who succeeds Khamenei as supreme leader, even if it was not the general himself, Soleimani had gained recognition as the supreme arbiter of the nation’s political and military affairs.

DEBKA Weekly’s Iranian sources find that part of the acclaim is rooted in the confidence that Soleimani alone is capable of rounding off the regime’s ultimate objective. After humbling the US and Saudi Arabia, a third archfoe remains to be crushed, Israel. Only when that cycle is complete, will national pride be restored and Iran take its rightful place in the region.

Tehran has taken two steps in the aftermath of its attack on Saudi oil:

1. Persistent disavowals of involvement in the attacks on Saudi Arabia by top Iranian leaders to encourage US President Donald Trump in his perceived reluctance to go to war. By throwing the blame on the Yemeni Houthis, Tehran hoped to prompt American retaliation against the Yemeni insurgents. This would have the added value of deepening US involvement in the Yemen war against its will. Soleimani has additionally prepared to launch an offensive against US troops in Iraq if Trump decided to attack Iran.

2. Devising the tactics for attacking Israel, either by direct action or through Iraqi Shiite militias. Soleimani arrived in Baghdad on Monday, two days after the Said oil strike, for lengthy conferences with three Iraqi Shiite militia leaders on tactics for this offensive. The plan is for the militias to mount sporadic rocket attacks on Israeli military positions in the northern Golan and Mt. Hermon, for starters. The main operation would be a major cruise-missile drone assault on strategic facilities inside Israel on a scale that would dwarf even Iran’s crippling attack on Saudi oil.