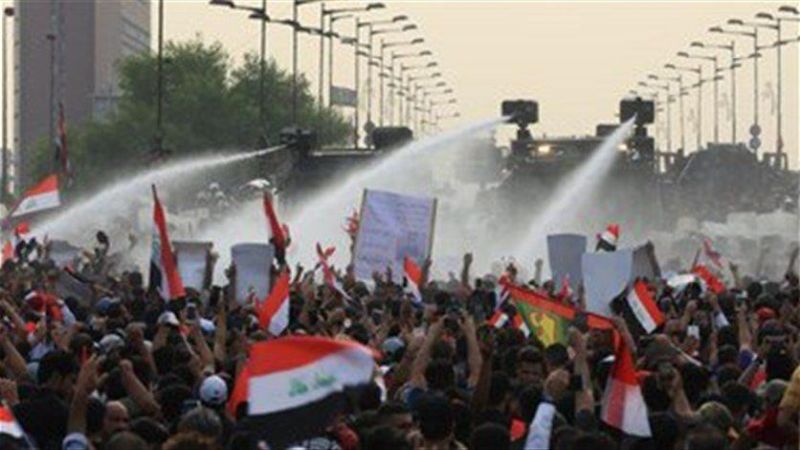 Iraqi Shiite shells were again exploding outside the US Embassy in the Green Zone of Baghdad on Oct. 30 as bloody battles between those same pro-Iranian Iraqi militias and popular protesters raged on, leaving left hundreds of dead and thousands wounded. At least one Iraqi soldier was killed at a military checkpoint guarding the embassy.

Those shelling attacks near the US embassy stopped two months ago. They restarted five days after Gen. Qassim Soleimani’s helicopter landed in Baghdad heavily fortified Green Zone late on Saturday night, the day after the new round of riots erupted, and to the surprise of Iraqi security officials took over the prime minister’s chair in a meeting called to deal with the protests.

“We in Iran know how to deal with protests, “Soleimani told the meeting. “This happened in Iran and we got it under control.”

However, by the end of a week of raging street violence against the government, the Iranian general’s boast had proved hollow. He may have ordered the shelling of the US embassy on Thursday after being prodded by radicals at home for results. The hardline Iranian Kayhan newspaper’s editor Hosein Shariatmadari called on Iraq’s Popular Mobilization Units (PMU militia) to seize the US and Saudi embassies accusing them of directing the violent protests besetting Iraq.

DEBKA Weekly’s sources see the exercise of muscle-flexing to back the accusations from supreme leader Ayatollah Ali Khamenei and other Iranian officials that the United States is behind the mounting wave of anti-government riots in Lebanon and Iraq. Moqtada Sadr, leader of the largest Shiite bloc in the Iraqi parliament, has called on Prime Minister Adel Abdul-Mahdi to step down, lest Iraq “meet the same fate as war-stricken Syria and Yemen.”

His rival, Hadi Al-Amiri, together with other Shiite, Sunni and Kurdish factional leaders, decided at a meeting on Tuesday, Oct. 29 to continue backing the prime minister for the time being. Our sources report that Al-Amiri acted on a strong directive from Tehran to keep the Abdul-Mahdi government in place at any price.

The dispute went back and forth as the latest wave of street protests in Baghdad and the Shiite south crested and the casualties mounted.

The prime minister responded to Sadr’s call for his resignation in a letter suggesting that his opponent and Ameri get together to form a new government so that he can step down as they wish. That letter was designed to drop the ball in Sadr’s court and turn the darts of media and popular opinion away from himself. For now, he relies on current parliamentary support in his favor to survive, in the absence of a viable alternative. But the political situation in Baghdad is in rapid flux, like the unrest on the streets which Iran’s master war strategist has failed to stem. The embassy shelling shows he has not given up.