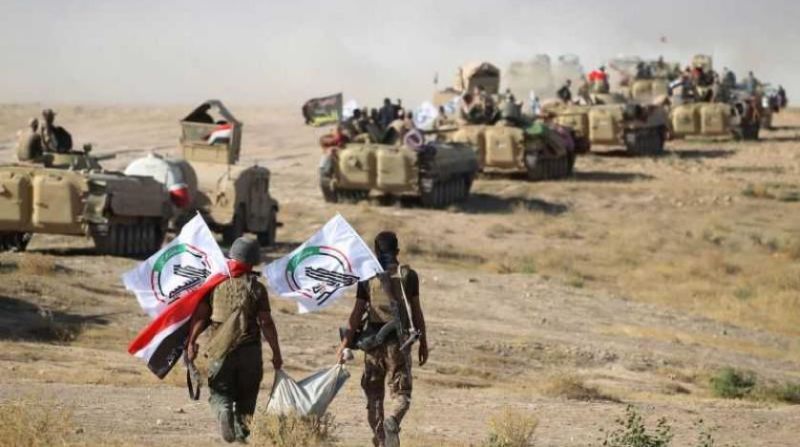 Iraq’s largest Shiite militia, the Iran-backed Population Mobilization Forces (PMU), is moving out of its bases in Syria and Iraq to escape a repetition of Israel air strikes. Around 35,000 officers and men have exiting established facilities in the governorates of Diyala, Salahuddin and Anbar, for secret new quarters, while also packing up their new Iran-made missiles and heavy weapons and taking them to new places of concealment.

All these movements, on instructions from Tehran, are taking place at night – both to stay out of sight of potential Israeli aerial attackers and to keep their advanced weaponry hidden from the Iraqi government. Baghdad had summarily prohibited the receipt of weapons from Tehran that are far superior to the arms in the hands of the Iraqi national army.

A PMU source was quoted as revealing that the Iranian weapons supplies were being delivered to “loyal factions” and smuggled through safe roads and byways between Iraq, Syria and Lebanon. Those “factions,” said the source, are free to use any base or camp in Iraq, since they control their own arms and sources of financing and are not obliged to obey the government’s decisions or prohibitions. At the same time, the PMU source reported the expectation of fresh attacks on the militia’s camps, which is why the bulk of its arms and equipment were being removed to safe sites and its fighting manpower reduced there.

DEBKA Weekly’s military sources cite intelligence sources as reporting that PMU forces are on the move not just in Iraq, but also in parts of Syria and Lebanon where they were deployed by Tehran. In South Lebanon, they served alongside Hizballah’s contingents. And at Syria’s eastern town of Abu Kamal and Al Qaim in western Iraq, the camps which housed the Shiite militia’s main concentrations, are largely deserted. Al Qods chief Iranian Gen. Qassem Soleimani this week toured the sites scheduled for PMU evacuation with his staff and received reports from the militia’s officers on site on progress and their removal to their secret destinations in Iraq and Syria.