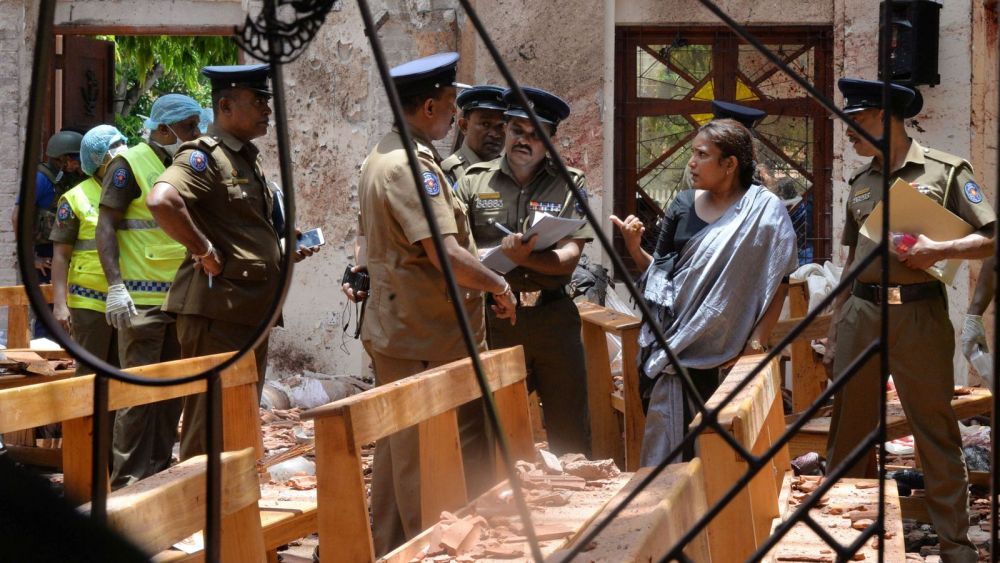 All seven attacks on the Christian churches and hotels of Sri Lanka were perpetrated by suicide bombers. The horrendous death toll had risen by Monday morning, April 22 to 290, including more than 30 foreigners and at least 500 injured. The security police have reported 24 arrests and the discovery of a van used in the massacre, but are unable to name the entity behind the bombings. The government in Colombo has been thrown out of kilter for some time by infighting among factions, which is why  the US intelligence warning a week ago to prepare for a wave of suicide attacks was not passed on to the ministers concerned; no preventive arrests were made and the authorities responsible for security at the tourist sites, Sri Lanka’s main source of revenue, were not forewarned.

Sunday night, before the dreadful effect of the multiple bombings was assessed, US and British intelligence sources again warned the Sri Lankans that it was not over. The unnamed terrorists were preparing a second wave of deadly violence to again tourist sites as well as transport hubs and shopping malls. Still no source was ready to name the hand orchestrating the attacks, whether Islamic State or Al Qaeda, although expert assessments are leaning more towards Al Qaeda.

At a press conference on Monday, a government spokesperson tried to offset some of the unclarity by claiming that not all the terrorists were Sri Lankans and speaking of “an international network without which the attack would not have been possible.” He admitted that the tip-off for the coming outrage was received on April 4 and referred only five days later in a written message to the national intelligence commander, with many names of the responsible terrorist organization’s members. The prime minister was not updated.

An indication of the fine-tuned planning that went into the massacre was to be found at one of its main targets, the Cinammon Grand Hotel in Colombo. A day earlier, the suicide killer registered under an assumed name. On Sunday morning, he went down to join the other guests for breakfast. At the moment that one of the chefs dished food on his plate, he detonated the bomb on his body.
The terror offensive was clearly engineered with cool precision for the purpose of wrecking the island-state’s tourist industry. Without the 2 million foreign visitors coming each year, its economy would go into crisis. An additional object appears to have been to further stir up the frictions existing among the island’s communities, dominated by Buddhists, Hindus, Muslims and Christians.

Although Sri Lanka has made itself into a getaway paradise for tourists since its disastrous civil war between the Sinhalese majority and the minority Tamils ended a decade ago, underlying factional discord occasionally burst out into bloody violence.