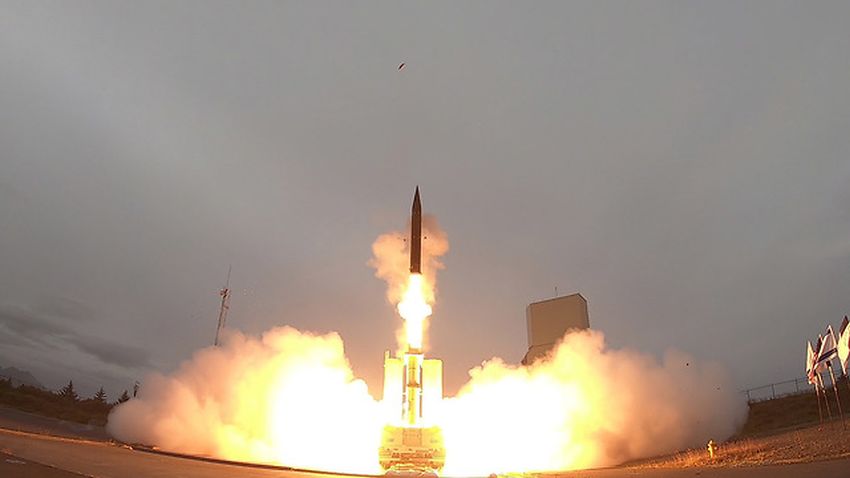 An Arrow-3 system successfully engaged an exo-atmosphere ballistic missile target from the Pacific Spaceport Complex-Alaska on Sunday, July 28. The test series were conducted jointly by the Israeli Missile Defense Organization and the US Missile Defense Agency. A US radar system was activated in complete synchronicity with the Arrow-3.

The Arrow Weapon System is a central part of Israel’s multi-layer defense system. It is designed to engage ballistic missiles outside the earth’s atmosphere coupled with a rare capacity to target satellites. Israel’s defense system is based on four operational layers: Iron Dome, David’s Sling the Arrow-2, and the Arrow-3, which was first tested in December 2015, and was integrated in the Israeli air force’s multi-tier defense array.

The Israeli MDO is now working on developing Arrow 4 for engaging cluster warheads in space.

MDA Director Vice Adm. Jon Hill called the test a “major milestone” that “provides confidence in future Israeli capabilities to defeat the developing threats in the region.” He reiterated US commitment to assisting Israel in upgrading its national missile defense capability.

At the Sunday cabinet meeting, also attended by US Ambassador David Friedman, Prime Minister Binyamin Netanyahu said: “Our innovative tests in Alaska took part in collaboration with our ally the United States. The tests outside the atmosphere went perfectly: each target was a bulls-eye! Israel has the ability to send ballistic missiles to Iran, a huge gain for Israel’s security. I wish to thank the US government, the defense ministry and the IDF, our ambassador Ron Dermer who attended the Alaska event and the engineers and designers of the project.

Ambassador Friedman hailed the event for its “exceptional results” and said:”We are proud of our partnership with Israel and will continue from here to make the world a safer place.”

Moshe Patel of the IMDO said the Arrow 3’s full interception of the targets capped ten years of development involving thousands of personnel, engineers and officers. The fact that the tests were conducted in Alaska, tens of thousands of kilometers away from Israel is significant, he said, “because it demonstrates the Arrow 3’s operational capabilities against any threat.”

DEBKAfile’s military sources note: Netanyahu has never before spoken of sending Israeli ballistic missiles to Iran and was therefore implying the possible outbreak of a ballistic missile war between the two countries. The successful Arrow 3 test underlined Iran’s lack of a weapons system capable of intercepting incoming ballistic missiles. At the same time, Arrow 3 does not provide watertight defense, because Iran is capable of a simultaneous multiple barrage of a large number of Shehab 3 ballistic missiles. Arrow 3 would not be able to catch them all