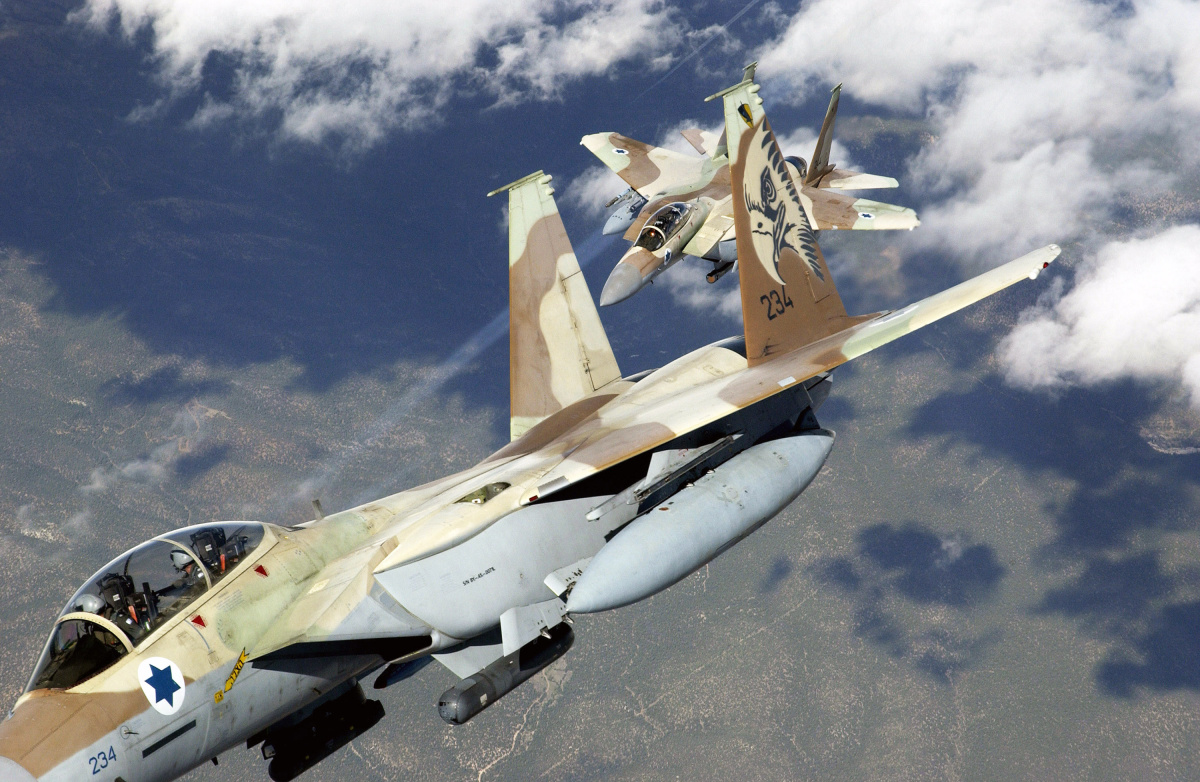 Russia’s Defense Ministry claimed that two Israeli F-15 fighter jets carried out a guided missile air strike on the T4 air base in Homs from Lebanese air space early Monday, April 9. Moscow and Damascus say Syria shot down 5 out of the 8 missiles fired, while three landed in the western part of the base. Monitors report 14 killed in the attack, including Iranians. Moscow added: “There were no Russian advisers among those injured.”
DEBKAfile’s military sources report that this claim, which Israel neither confirmed or denied, puts a new complexion on the attack, at variance with the first assumption that it followed Syria’s use of chemical weapons killing 70 people in Douma. Israel has abstained from attacking Syria since Feb. 10, when its air force struck the T-4 air base among other targets. Its caution derived from a strong Russian warning.
The only link to the chemical attack on Douma will have come from Tehran’s decision to exploit the international furor over the Douma atrocity to quietly transfer to Hizballah a new load of highly sophisticated weaponry. The Iranians reckoned that Israel would hold back and let it go through to avoid getting mixed up in a possible US punitive attack for Syria’s chemical attack on the town. If nonetheless Israel is proved to have gone ahead with its attack, Tehran miscalculated. The Netanyahu government will have certainly notified the White House about the urgency of destroying the new Iranian arms shipment and obtained a green light. Moscow indicated by issuing a statement naming Israel that it takes a series view of its action and is pondering a response.
Earlier Monday, the Syrian state news agency reported that the T-4 airbase in Homs province was hit by a missile, causing casualties, and Syrian air defenses intercepted several. A senior US administration official denied reports from the region, claiming that “US Tomahawk cruise missiles had struck targets in Syria” were not true. The Pentagon also issued a statement denying the attack. “At this time, the Department of Defense is not conducting air strikes in Syria. However, we continue to closely watch the situation and support the ongoing diplomatic efforts to hold those who use chemical weapons, in Syria and otherwise, accountable,” a Pentagon statement said. Hizballah’s Maydan news agency is running a video clip apparently showing an object flying from the Mediterranean over Lebanon towards Syria. The image is not good enough to determine whether it depicts a plane or a missile.

On Sunday, US President Donald Trump warned there would be a “big price to pay” after he held Russia and Iran responsible for backing Animal Assad in an alleged chemical weapons attack on Douma outside Damascus. President Trump is due to hold a conference with his top level security advisers on the next US steps in Syria. John Bolton takes over his White House appointment as national security adviser on Monday.