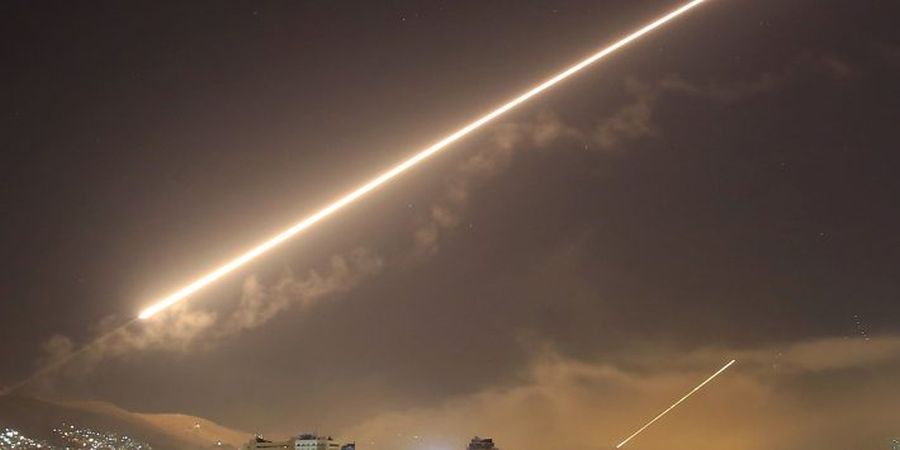 In Israel’s attack on Tal al-Hara in southern Syria early Wednesday, July 24, its surface missiles leveled a new Iranian forward intelligence station for an overview of northern Israel and parts of the eastern Mediterranean, which had just begun functioning. just 11km from the Israeli border.

Israel’s military intelligence watched construction of the station just 11km from the Israeli border and waited until it was up and running before taking it out with surface missiles. Also demolished at the same time were an Iranian observation post at Tal Al-Ahmar near Quneitra opposite the Israeli Golan.

Syrian sources confirmed later Wednesday that the Israeli missiles scored a direct hit on the “observation post.” They reported at least 7 Syrian soldiers were killed.
DEBKAfile’s military sources report that the intelligence facility knocked down at Tal al-Hara was one of five that Iran has been setting up along the Syria-Israel border. Two are going up opposite the IDF’s positions on Mt. Hermon north of the Golan.
We reported earlier on Wednesday morning: The Syrian news agency reports that Israeli air-missile strikes hit at least three targets in the south, near its Golan order, early Wednesday, July 24: One was Tal al-Harra hill, home to Syrian military units, as well as A-Rutha west of Damascus and the Quneitra region. Syrian air defenses responded to all the incoming raids.

DEBKAfile’s military sources report that for two months, relative quiet reigned in all three sectors, largely due to Russian and Syrian efforts to drive pro-Iranian and Hizballah-linked forces out. Moscow and Damascus assured Israel that the border situation was under control. Nonetheless, Iran and Hizballah never gave up on their drive to return to their former bases or maintain operational ties with the local militias under their thumb. Most recently, they have been targeting Russian military police contingents in the southern districts, especially Daraa. The Russians report a roadside bomb attack on one of their convoys – although local sources attest to at least five.

Elements linked to the Iranian Revolutionary Guards and Hizballah are again infiltrating southern Syria, taking advantage of the transfer of Syrian troops stationed there to reinforce the units battling jihadist rebels in Hama on the outskirts of the northern province of Idlib. The Syrian army is stretched too thinly to fight on two simultaneous fronts.  Furthermore, some of the Russian forces, mostly Chechens, have been sent back home. Hizballah and other pro-Iranian elements are therefore creeping back to their old bases and regrouping for attacks inside Israel.