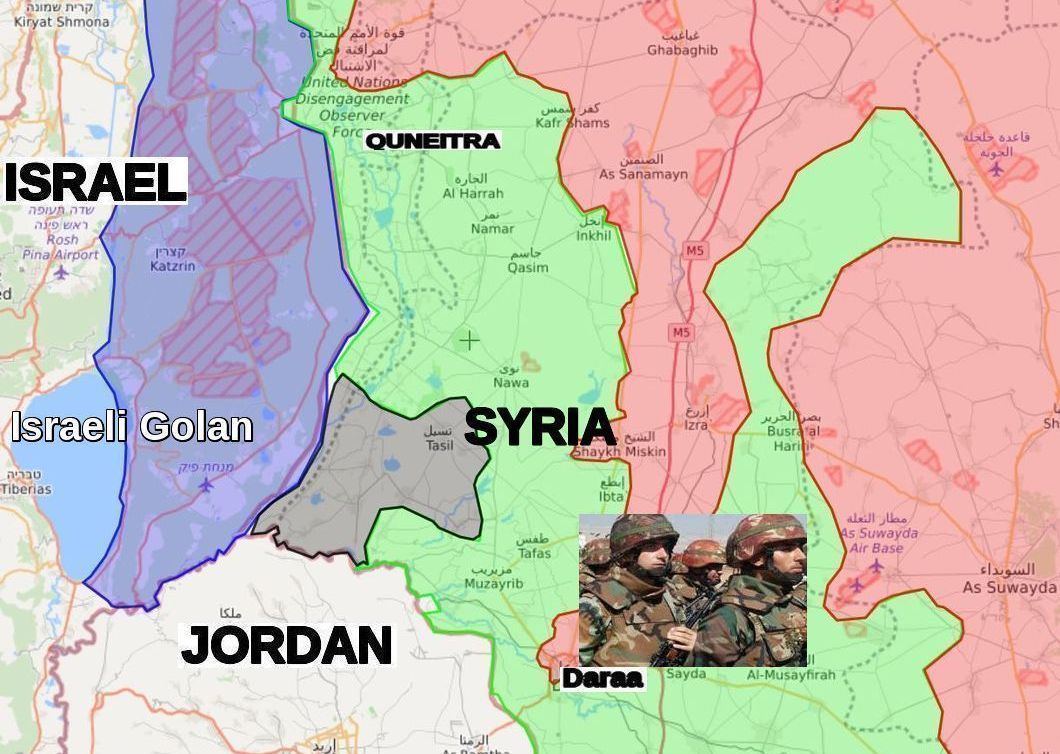 The Syrian army on Monday, June 25, launched an all-out assault on Daraa – a symbolic operation since it was there that the seven-year anti-Assad war first erupted.  The Syrian army’s 4th Division’s guns and its Tigers Forces’ tanks pounded the town with heavy artillery and Golan 1000 missiles, each of which carries a 500kg explosive warhead. The mobile Golan 1000 system mounted on Russian T-72 tanks proved its lethal properties in the recent battles for eastern Damascus. There is no way the Syrian rebel groups defending Daraa can withstand the fury of this assault, especially when it is boosted by carpet bombing inflicted by Syrian and Russian air forces.

According to some sources close to the scene, the rebels tried early Monday to mount a counter-attack on the Syrian army and were repelled with heavy casualties. Rebel chiefs in the Daraa region are still putting a brave face on their predicament and pledging to fight to the end and never surrender They refuse to be discouraged by the US embassy’s message from its Amman embassy on Sunday warning the South Syrian rebels not to expect US intervention on their behalf.

The immediate objective of the Syrian assault appears to be a group of tall buildings in the Al Balad district of Daraa, from which to gain elevation for commanding the rest of the city and so cutting short the battle for its conquest.

Like the United States, Israel too appears to have decided to stand aside and let the Syrian army finish its offensive for the capture of Daraa up to the Jordanian border. However, DEBKAfile’s military analysts maintain that this is a serious strategic error. Israel’s strategists must be fully aware that, after Daraa, the Syrian army will soon go for Quneitra and knock over rebel-held positions opposite Israel’s Golan border within view of IDF defense lines.

70 thoughts on “Syria launches comprehensive assault on Daraa. Quneitra under threat next”