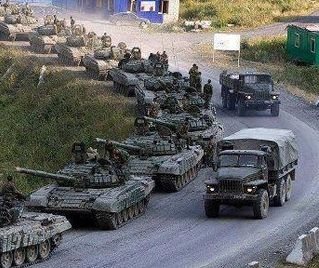 Assad has sent his big guns to southern Syria as assassinations and violent disorder peak two years of local insubordination to his rule. The Syrian army’s elite 4th Division and commando units of the 15th Division have been deployed to the Deraa region abutting Jordan and Quneitra on the Syrian Golan bordering Israel, DEBKAfile’s Mid-East sources report.

In 2018, Assad’s forces were allowed to retake Quneitra and Deraa provinces after an agreement which stipulated that Russian military police be present to secure a ceasefire. They also brokered reconciliation accords between the towns and villages controlled by rebel groups – some formerly backed by Israel – and the Damascus regime.

Those accords never held up. To this day, Deraa, the birthplace of the 2011 revolt that triggered the nine-year war on his regime, and the Golan villages refuse to lay down arms. Remnants of the Syrian army’s 7th, 5th and 9th Divisions proved unable to put down local defiance. The rebels made nightly raids on those forces, assassinating army officers and regime officials. For Assad, an attack this month on the Syrian police station at Mazrib and the assassination of the Syria officer on duty there were the last straw and triggered the deployment of his elite troops.

Once again, the Russians tried their hand at mediation with as little success as their first bid. They persuaded the fractious rebel groups to join forces and set up a “central committee” for negotiations with regime representatives on a resolution of their dispute. On their way to Izra for a meeting with Syrian officers, the three rebel delegates were murdered by members of Assad’s loyal Air Force not far from the Israeli Golan.

Assad’s divisions then took up position around the rebellious villages of the south ready to go in and put down the simmering insurgency. Rebel leaders declared their determination to fight to the end in their defense. Given the extreme brutality of Assad’s brand of warfare, this standoff is fraught with the specter of extreme bloodshed and the indiscriminate massacre of civilians.

Moscow has become increasingly impatient with the misrule and corruption endemic in Bashar Assad’s government. This, along with Syria’s broken infrastructure and shortage of essentials, is a recipe for continuing volatility – even in the 70 percent of Syria that was finally restored to his control.