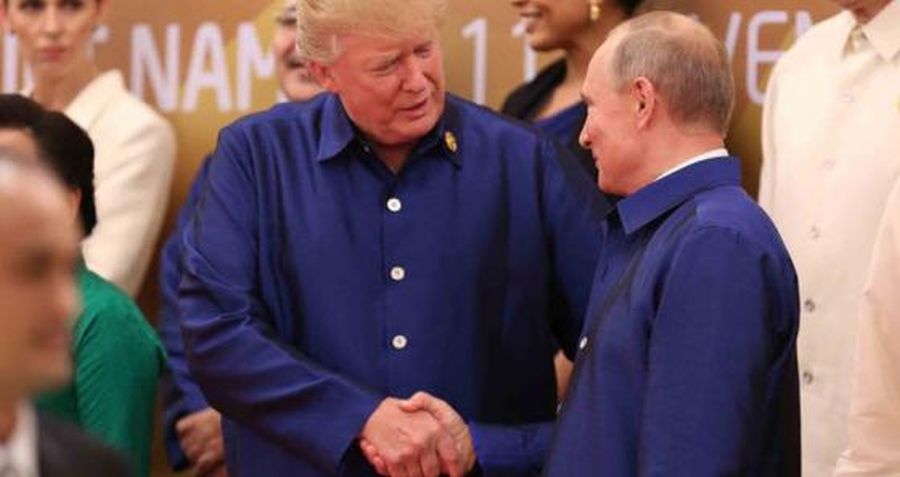 The Syrian UAV was sent over the Golan, likely with Russian approval, to probe Israel’s flexibility on the buffer zones for keeping Syrian/Iranian/Hizballah forces far from its borders.

The Syrian UAV which flew over the Golan demilitarized zone Saturday, Nov. 11, was a direct result of the failure of US President Donald Trump and Russian President Vladimir Putin to reach an agreement in time for the Danang summit in Vietnam on the political and military future of Syria. They were at odds in particular on the depth of the buffer zone to be carved out between Syria and Israel. This is reported exclusively by DEBKAfile’s sources.

The Syrian UAV was sent over the Golan, presumably with Russian approval, to probe Israel’s reactions and find out how far into Israeli air space the drone would be permitted to enter. This probe was to be taken as a measure of Israeli flexibility and willingness to accept a buffer zone between IDF positions and Syrian/Iranian/Hizballah forces of less than 30-40km deep.
Israel struck back and launched a Patriot missile defense system which intercepted the Syrian drone before it crossed the border and reached Israeli air space over the Golan. No breach of Israel’s sovereignty was allowed to occur.
Neither did a “high-ranking IDF source” need to offer reassurance that the Russian liaison apparatus was kept in the picture, since the Russian officers in Syria must have tracked the UAV and taken note of the message Israel relayed by shooting it down.
Our sources add that the Trump administration, as well as Moscow, is pushing Israel hard for flexibility as to the depth of the Syrian buffer zone. But the Netanyahu government has not so far given way, in the knowledge that Tehran fully intends to maintain military strength together with its proxies, including Hizballah, in post-war Syria.
The BBC revelation of Friday, Nov. 11, supported by large satellite images, that Iran is building a permanent base in Syria just 50km from the Israeli-Syrian Golan border, was intended to show that Israeli leaders don’t mean what they say. The site cited by “Western intelligence sources” is El-Kiswah, 14km from Damascus, where Syrian military facilities already exist
The British report contains several quotes of Prime Minister Binyamin Netanyahu’s declarations that Israel will not permit Iran to establish a military presence in Syria that threatens its borders.
The May government has a bone to pick with Netanyahu on other issues. The Brits, whom both Washington and Moscow have cut out of decision-making on Syria’s future, were also taking a dig at them both by showing that Tehran is out of their control.
The buffer zone is not the only topic on which Trump and Putin are in discord on the shape of post-war Syria.

The plan for a US-Russian deal on a final accommodation was meant to ride on the momentum of the recent military successes in pushing ISIS back from eastern Syria and into western Iraq. Both presidents felt that these victories were too good not to use for working together on Syria’s future. Therefore, when ISIS strongholds in Al Qaim, Iraq and Abu Kamal, Syria fell to joint Iraqi-Syrian-Hizballah-pro-Iranian Shiite militia forces in the last two weeks, both the US and Russia were eager to seize star roles as victors by forging a final accord for ending the Syrian war.

However, the US and Russian teams working on a draft accord found the gaps between them too great to bridge at this time. The are at loggerheads on major issues< such as the political future of Bashar Assad – how long he would remain president and how much power must he hand over to Syrian opposition groups in a government coalition. Neither do they see eye to eye on the disposition of foreign armies to remain in the country, specifically Iran’s role in the new Syria.
Last Friday, Nov. 10, DEBKAfile reported that the differences between Trump and Putin on the Syrian issue had prevented the release of a statement of accord. The US president insisted that without an accord there would be no formal sit-down at the Vietnam Asian summit.
Nonetheless, the negotiating teams did achieve progress on two points, our sources report: It was decided to expand the d-escalation zones already operating in Syria and also to boost the joint US-Russian Monitoring Center based in Amman – not only to prevent accidental clashes between Russian and US forces, but also between their local allies.