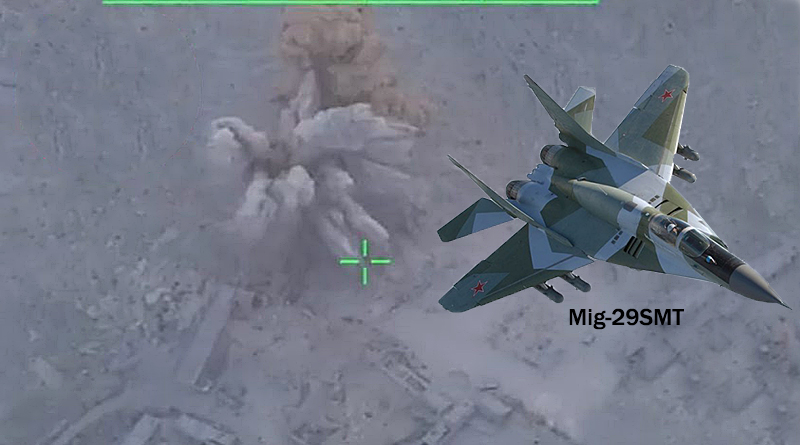 Russian air crews in Syria are under new orders to respond directly and immediately to Iranian and Syrian demands for air bombardments, without confirmation from the high commands in Latakia or Moscow.

This has enormously empowered Syrian and Hizballah officers on the ground for taking the war into their own hands. It led directly to Russian planes suddenly bombing a pro-US Syrian force in the Deir ez-Zour province of eastern Syria on Saturday, Sept. 16, and accounts for Moscow’s repudiation of the attack after its confirmation by the Pentagon.

Before the new orders, requests for Russian air cover went through command channels and were not automatically approved.

The license now awarded to Syrian and pro-Iranian Hizballah commanders to contact the operations rooms of Russian air squadrons, without going through the main Russian air base at Hmeimim in Latakia or the Syrian high command in Damascus, dramatically boosts the autonomy of Syrian, Hizballah and Iranian commanders in the field. It also gives sharp teeth to Moscow’s decision in August to place the Russian and Syrian air defense commands under unified command.

Word of this game-changer was delivered by Russian Defense Minister Sergei Shoigu, when he sat down with Syrian ruler Bashar Assad in Damascus last Thursday, Sept. 14. According to DEBKAfile’s sources, they decided the next Syrian army and Hizballah steps after crossing to the eastern bank of the Euphrates River, which were to head for the Syrian-Iraqi border and prepare to seize the towns of Abu Kamal and Mayedin from the Islamic State. The time table was established and Russian air, intelligence and logistic support laid on.

The Russian defense minister then flew to Tehran – this time in secret – to discuss Russia’s new operation plans for Syria with Iran’s Revolutionary Guards and Military leaders.

DEBKAfile’s military sources note that the actions set in train by Shoigu have radically ramped up Russia’s military cooperation in Syria with Iran, Syria and Hizballah. They were timed to take place shortly before President Donald Trump’s meeting with Israeli Prime Minister Binyamin Netanyahu at UN Center in New York on Monday, Sept. 19.

Although their conversation was generally billed as focusing on the Iranian nuclear deal, our sources expect this major turn in the Syrian crisis to figure large in their talks. Washington clearly has no practical plans for countering the assertive Russian-Iranian advances in Syria.
Their ruthlessness was demonstrated Saturday, Sept. 16, by a Russian bombardment of the US-backed Kurdish-led SDF near Deir ez-Zour. Moscow was telling Washington that the US would not be permitted to impede the Syrian-Hizballah initiative for the capture of areas east of the Euphrates and Russia was ready to confront US-backed forces on the ground if they got in the way – while ruling a clash in the air.

The Kremlin was also putting Washington on notice that, after investing massive military and financial resources in Syria, it had no intention to let pro-American forces share in the kudos of the final victory over the Islamic State in Syria, which belonged solely to the Russian-Syrian-Iranian-Hizballah war alliance.

For now, the Russian maneuver is heading for a successful outcome. The Pentagon, aside from a lame response to the Russian bombardment, has taken no counteraction.