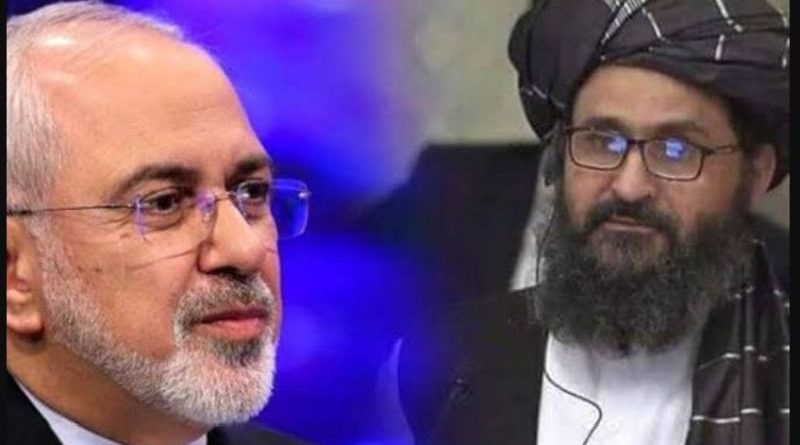 Iran and the Taliban of Afghanistan are historically at daggers drawn. Since 1990, the Islamic regime has considered this Sunni movement a major threat to its eastern borders, while Taliban has seen the Shiites of Tehran as an enemy with its eye on predominantly Shiite regions of their country. At the very least, the Taliban suspected Tehran of stirring up those regions ready to boil over into riots to jeopardize their rule in Kabul after the American army has left.

Afghan Shiites, who constitute some 15pc of the population (of 37 million), are divided into two sects: The majority are “Twelvers” of mainly Hazara ethnicity who inhabit the provinces of Western Herat and Farah bordering on Iran. The smaller group are Nizari Ismailis, who live in a northeastern enclave between Tajikistan and Northern Pakistan. DEBKA Weekly’s intelligence sources find a strong Iranian Intelligence Ministry presence of agents and pro-Iranian networks in the Hazara tribal regions.

The three Taliban delegations who visited Tehran in recent months had plenty to discuss about the day after the final US exit. For the first time in decades of strife, bloodshed and mutual suspicion, they share a common interest: both Iran and Taliban want to see the backs of US troops with all possible speed.

The last Taliban delegates to arrive in Tehran on Nov. 27 were of the highest ranks hitherto, led by the movement’s cofounder and political chief, Mullah Abdul Ghani Baradar. This could have meant that the talks were making progress – except that both Iran and Taliban have other irons in the fire. Tehran is working quietly with other parties – Moscow, Qatar and Beijing – on plans for shaping the post-US era regime in Kabul to their respective interests, although it has carefully cultivated relations with the Talban’s Office of Interests in Doha Qatar, over the years. Taliban, for its part, has not neglected building close ties with Iran’s Gulf rivals, Saudi Arabia and the United Arab Emirates.

There are other wheels revolving around Afghanistan’s post-war future and its interaction with Tehran. Economic considerations are also at play. While Taliban has invested in relations with India, Tehran is involved in the construction and development of India’s strategic Port of Chabahar, which is destined to offer the new state of landlocked Afghanistan its only outlet to the open sea, as well as providing Iran with a major hub for its international trade.

Given this web of intertwined interests, the Taliban-Iran talks should have achieved a lot more than they have to date. Our sources report that by the end of November, all the Taliban obtained from Tehran was a hazy promise to tell the Afghan Shiite Hazara tribes to drop their resistance operations against Taliban, against a pledge to recognize their rights in the future Taliban-ruled state. Since core issues of lands and budget have not been broached, the Iranian-Taliban talking track still has a way to go.

The US-Taliban peace talks that were resumed last weekend in Doha, Qatar, are going forward at a faster pace, even though US-Afghan and Taliban forces exchanged fire at Bagram Airfield early Wednesday after a suicide attack on a hospital. An official in Washington spoke of a push to secure a deal by the end of December to enable talks between the Afghan government and the Taliban to begin in January. A Taliban leader in Qatar and his colleagues in Afghanistan said their group would accept a complete ceasefire with the US, if Washington agreed to eventually withdraw all its roughly 12,000 troops from the country.

This wish will be granted. If any goal can be said to be integral to Trump’s political thinking, it is to never again allow the US army to sink into a foreign quagmire.

More than 2,400 US service personnel have died since America embarked in 2001 on its longest war in order to topple the Taliban regime which harbored Osama bin Laden. On Monday, 2,000 government documents published by the WP revealed how US officials, including latterly the Obama administration, had for years misled the public about the war in Afghanistan. They hid the evidence that the war had become unwinnable, even after the so-called “surge.”