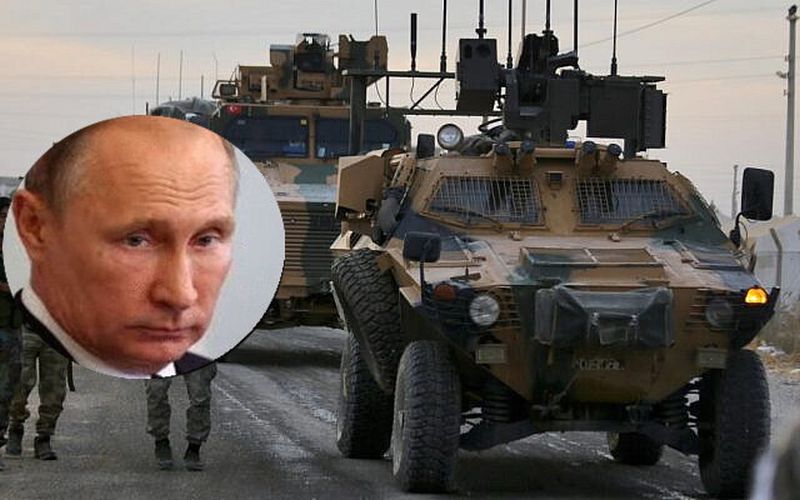 President Donald Trump’s decision to pull US troops back from the Turkish-Kurdish confrontation on Sunday, Oct.13 produced a lightning realignment of big power strength on the battlefield of NE Syria: the task of protecting the Kurds from the excesses of the Turkish operation passed to Vladimir Putin and the Syrian army. By Monday, Syrian government forces had reached the Kurdish-held towns of Kobani, Manbij and Raqqa as Turkish troops were poised to move in against the first two. According to some reports, the Syrian army was already inside those towns, but, say DEBKAfile’s military sources, it can’t hold out against a Turkish advance without Russian support.

The wheels for this turnabout, as DEBKAfile predicted on Saturday, were set in motion by a deal struck by the Kurdish leaders of the US-backed Syrian Defense Forces (SDF) with Assad regime officials at the Russian command center in the Khmeimim air base near Latakia. Their meetings were chaired by Russian officers. Feeling abandoned by the US pullback, the Kurds quickly agreed to relinquish their struggle for an independent state and settle for autonomous status for their northeastern provinces in return for the Syrian army taking over the defense of their endangered towns.

The deal, which took effect within 24 hours, still has rough edges to be smoothed out, such as:

Trump ordered American troops in northern Syria to move east, out of the way of a potential clash over the Kurdish regions, up to the areas adjoining the Iraqi border. Already now, since the Syrian government is not up to a full-scale battle with the Turkish army without Russian army and air force support, Turkey and Russian stand at the threshold of a major military clash.

How Putin handles this standoff is open to question. He may be able to resolve it by giving Erdogan a quiet ultimatum to back off or face direct hostilities with the Russian army. Meanwhile, the Russian leader comes out of the mess created by the Turkish operation having attained the overriding goal of his intervention in the Syrian conflict: to bring all parts of the country under the central rule of the Assad regime.

Most immediately, he must halt the flight of thousands of Islamist State fighters from camps in Kurdish territory in the wake of the turmoil. At least 1,000 have so far escaped, raising concerns of an ISIS resurgence.

Trump’s transfer of the Syrian mess to Putin is compatible with his avowed goal: to start withdrawing American forces from Syria after the Islamic State’s defeat.