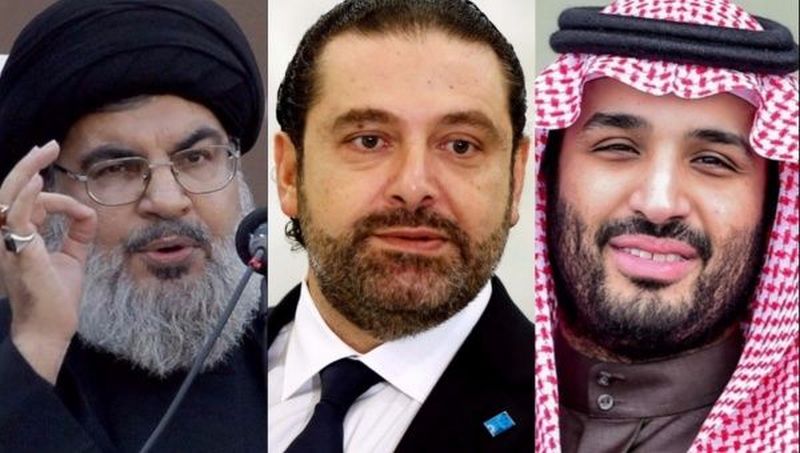 A parliamentary majority for the Hizballah-led, pro-Iranian “March 8 Alliance” is forecast by the polls in Lebanon’s May 6 general election. The polls were conducted secretly by Western and Arab intelligence services, including Saudi Arabia. They also uncovered a clandestine political deal for retaining the incumbent prime minister Saad Hariri in office, even though the Sunni bloc which he leads will have minority – albeit not opposition – status in parliament. This is reported by DEBKA Weekly’s intelligence sources.

The shock in Riyadh over this discovery was extreme. Hariri received an urgent summons from Saudi leaders to present himself for an accounting of his failure to prevent Iran’s takeover in Beirut. He arrived on Wednesday, Feb. 28. But by then it was too late: the Lebanese fat was already in the Iranian fire.

The “March 8 Alliance” is led by two Lebanese Shiite parties, Hassan Nasrallah’s Hizballah and Amal, which is headed by Parliament Speaker Nabih Berri.

According to our sources, Hariri and Nasrallah quietly agreed that the former will be confirmed as prime minister by a parliamentary majority, although his cabinet will consist mainly of Hizballah and pro-Iranian loyalists.

This deal suits Tehran and its minions in Beirut, because Hariri as figurehead will clothe an essentially Iranian puppet regime with a fig leaf of independence.

It was a traumatic experience which moved the Sunni politician to change his spots from dedicated foe of Iran to its obedient servant: On Nov. 4, 2017, he was invited to Riyadh for “consultations by Saudi Crown Prince Muhammad Bin Salman (MbS), whereupon he and his wife and son were placed under house arrest, along with hundreds of Saudi high-flyers locked up in the Ritz-Carlton. It took him two weeks to win his freedom – but only after handing over to the Saudi treasury the bulk of the family fortune – an estimated $7 billion – and French President Emmanuel Macron gave his personal guarantee that Hariri would pay up.

On arriving in Beirut, broken in spirit and pocket, the Lebanese politician decided that his enemies were a better bet than his longstanding Saudi “friends.” There and then, he forged a political pact with the pro-Hizballah Christian President Michel Aoun. Since then, he has acted as the weak link in the triumvirate ruling Lebanon: Shiite Nasrallah, Christian Aoun and the Sunni Hariri.

Their pact is firm enough, say DEBKA Weekly’s Middle East sources, for them to predetermine the post-election power structure in Beirut. Aoun will be succeeded when he retires (no date) by his cousin, Lebanese foreign minister Gebran Gerge Bassil, who heads the Free Patriotic Movement. An insignificant political figure, Bassil’s appointment will not change that structure. Tehran can therefore be sure of keeping a controlling hand on the Lebanese government for years to come.

Reluctant to own up to the grave Saudi loss of one of its greatest assets, the Crown Prince put a brave front on the situation in an interview with the Washington Post published Wednesday. In reference to Saad Hariri, he commented: “Now he is in a better position in Lebanon” – when in fact the Lebanese prime minister had agreed to head a puppet government subservient to Tehran.

US Secretary of State Rex Tillerson saw Lebanon was a lost case when visited Beirut on Feb. 15. He was charged by President Donald Trump to decide finally whether it was possible to rein in Iran’s galloping takeover of Lebanon.

While there, Tillerson tried warning Lebanese leaders that the Hizballah group’s growing arsenal and involvement in regional conflicts threatened their country’s security. His words fell on deaf ears. Hariri, standing beside the US diplomat as he spoke, was unmoved.

Tillerson and Acting Assistant Secretary David Satterfield are meanwhile continuing their efforts to mediate two disputes that have sprung up again between Lebanon and Israel: one, over Block 9, namely the gas exploration boundaries in the maritime waters off their Mediterranean shores. Two, Lebanon is using the pretext of a security wall Israel is building, to call into question 13 points on the border marked out in 2000 by the UN with UN Security Council approval, after Israel’s withdrawal from southern Lebanon.

Amid their constructive efforts, neither diplomat is under any illusion that Lebanon can be saved from falling into the Iranian orbit.

This scenario has wide ramifications:

4. For Israel, the military situation across its northern border becomes more menacing than ever. Even after long years of hostility, Lebanon’s fall into Tehran’s lap adds an ominous dimension to the war threats traded regularly between Israel and Hizballah. The Islamic Republican regime in Tehran can now menace the Jewish state from four directions: Syria, Lebanon, the Gaza Strip and the eastern Mediterranean’s oil and gas fields. The ayatollahs have four buttons to choose from any time they decide that igniting a war would serve their strategic interests.