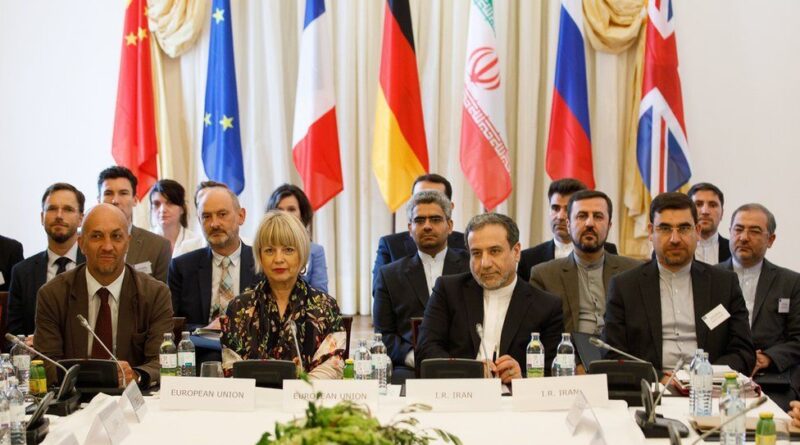 Three days into the Vienna negotiations with world powers, Iran is plainly not after a new or revamped nuclear accord, DEBKAfile’s Iranian sources confirm – notwithstanding the large delegation in attendance. Tehran has made its intentions plain by three actions:

Tehran’s final admission of its true intent, after years of claiming that Islam only allows nuclear power for peaceful purposes, came from the highly authoritative Fereydun Abbasi-Davani, Chairman of Iran’s Atomic Agency. In a comment on the new round of nuclear talks launched in Vienna on Monday, he revealed that the late Mohsen Fakhrizadeh, the father of the national nuclear program, who was assassinated last year, “had created a nuclear weapons ‘system’ for offensive purposes.”  That was the cause of his death at Israel’s hands, the official added.

Sources close to Iran’s Revolutionary Guards enlarged on this statement, by saying: “Enemy sabotage, assassinations should be stopped by Iran cross[ing] several scientific lines as soon as possible, to show our capability and defend our people.” The “scientific lines” to be crossed refer to the nuclear threshold.

While most of the local media agree that the Vienna talks are likely to go nowhere, most have failed to cite these groundbreaking admissions by Iranian officials. They have instead highlighted the optimism voiced by the world powers facing Iran (Germany, UK, France, Russia, China – at the table and the US in a separate room) in the light of Iran’s willingness to start the talks from the point broken off in June.
This mood ignored the telling statement coming on Tuesday, Nov. 30 from another high-ranking Iranian official. Masud Mirkazemi, head of Iran’s national planning center. During his presentation of Iran’s new state budget to foreign minister Hossein Amir-Abdollahian, the planning expert explained that “given the reputation of Western countries, we’re not gong to keep the country waiting for another eight years of negotiations.” In other words, Tehran is pressing on with its plans regardless of the nuclear negotiations, on the assumption that they will drag on inconclusively for the foreseeable future.
There is every indication that Iran has embarked single mindedly on a crash program to improve and speed up uranium enrichment at the Natanz and Fordow plants. Due to this all-out effort, inspectors of the nuclear watchdog, the International Atomic Agency, are denied access to the Karaj site, where the extra-fast centrifuges are manufactured.