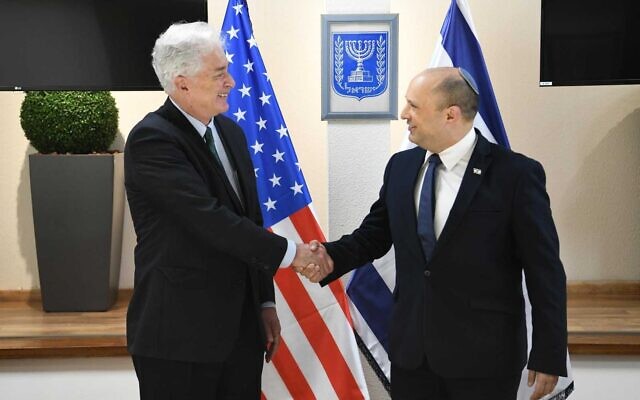 “The continuation of [nuclear] negotiations based on the past pattern will not be considered,” DEBKAfile quotes this new decision reached this week by the Iranian leadership, led by the head of the National Security, Adm. Ali Shamkhani, a top adviser to supreme leader Ayatollah Ali Khamenei. President Ebrahim Raisi emphasized this point on Wednesday, Aug. 11, by dropping the pro-diplomacy Javad Zarif and naming hawkish, anti-West Hossein Amirabdollahian, as new foreign minister.

Interestingly, our sources note, Iran’s most pressing proviso hitherto for the US to end sanctions before talks, is not mentioned in the new policy guidelines, possibly to rule out in advance a reported US interim proposal of limited sanctions relief in exchange for a freeze on uranium enrichment.

This revised scenario, DEBKAfile’s intelligence sources report, was covered in the updated briefing the CIA chief received from the Mossad director David Barnea and the incoming head of the National Security Council Eyal Hulata at the prime minister’s office. Burns also sat down a day earlier with Barnea and was handed a dossier on Iran’s new president. He also expects to meet with the head of the IDF’s Military Intelligence Maj.-Gen. Tamir Hayman.

Israel warned the American visitor that Iran’s strategy now is to place obstacles on the path to diplomacy with endless ploys so as toplay for time to consummate its nuclear weapons program. Once that is achieved, any deal becomes irrelevant. Iran has already begun to enrich uranium to 60%, develop uranium metal and is blocking International Atomic Energy Access to nuclear sites.

Israel argues that Iran must not be given enough time to amass the quantity of enriched uranium needed for assembling a nuke. The Biden administration, for its part, prefers to set the enrichment issue aside and focus on preventing Iran from acquiring a nuclear bomb. The Iranians are taking advance of this dissonance between Washington and Jerusalem and going all-out on tactics for delaying the negotiation process.