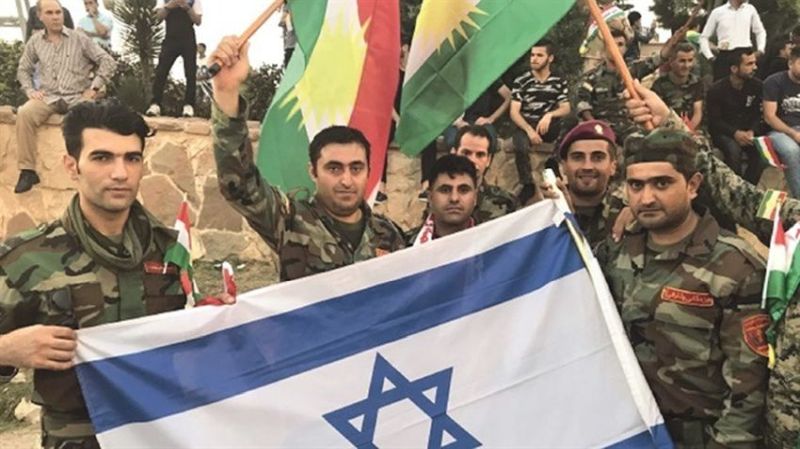 Tehran has turned to influence-peddling in Irbil, capital of Iraq’s semiautonomous Kurdish Republic (KRG), hoping to cash in on the impact of two major events: Israel’s offensive against Iran’s drive for a missile-launching front line in Iraq, and Washington’s decision to wind up the mission undertaken by Iraq’s Kurdish President Salih Barham for opening up a secret US track to Tehran.

In the third week of July, an Iranian team arrived secretly in Irbil with a proposition. It is encapsulated here by DEBKA Weekly’s sources.

You can see how the Trump administration treats you in Syria and Iraq, the visitors from Tehran explained to their Kurdish hosts. Now that he no longer needs your connections in Tehran, he is dumping you in Iraq. And in Syria, he protests how much he needs you to bolster the American military foothold in northeastern Syria, while meanwhile surreptitiously closing a deal with Turkey for a joint security zone east of the Euphrates.

The Iranian diplomats omitted to mention that the US bargain with Ankara would prohibit the Turkish army from stepping over the Euphrates River into the Kurdish areas on the east bank.

In reference to Kurdish ties with Israel, the Iranian visitors assumed that the Kurds of Iraq have no interest in a role in the military showdown between Iran and Israel ongoing in Iraq. Therefore, they advised KRG leaders, they had nothing to gain from relying on the US and Israel, and nothing to lose from severing the ties between the republic’s Peshmerga Ministry and Israel.

Tehran has long resentfully eyed the thriving clandestine relationship between Israel and the KGR. The former provides military training, weapons and intelligence data and gains in return Kurdish permission to set up tracking and eavesdropping stations for monitoring operations in Iran and the northeastern region of Iraq where Tehran maintains a military presence. The Iraqi Kurds also help Israel mobilize agents from among the anti-regime Iranian Kurds who have relocated to the KGR and are willing to engage in cross-border spy missions for Israel.

Tehran is therefore fired up with ambition to cut the Kurdish republic’s ties with Washington and Jerusalem. It is offering a quid pro quo in the form of active protection for the KRG’s territorial integrity, both against inroads from Baghdad and Turkey’s military operations against the PKK in northern Iraq. Iranian forces will moreover halt their regular raids into the Kurdish republic.

It does not seem to matter to Tehran that its proposition to the Kurds is in sharp contradiction to the pledge Iranian leaders gave Iraq’s Prime Minister Adel Abdul Mahdi, when he visited Tehran on July 22, to refrain from meddling in Iraq’s internal affairs. That visit took place four days after an Israel UAV raid on the 52nd Brigade of a pro-Iranian Iraqi Shiite militia in eastern Iraq.

Neither is Tehran concerned that its courtship of Iraqi Kurdish leaders at this time may undercut the reconciliation program that Mahdi has been pursuing with Irbil these past eight months. Among the Iraqi prime minister’s steps was an order to reactivate the Joint Coordination Committee between the Peshmerga and the Iraqi security forces in the “disputed territories.” Officers from the Iraqi Defense Ministry and the KRG’s Peshmerga Ministry are leading this effort. The committee has just conducted a survey of the disputed areas to determine the redeployment of their respective forces in preparation for a joint military offensive against the Islamic State. Five subcommittees will be responsible for overseeing security in the provinces of Kirkuk, Salahuddin, Diyala, Makhmour and the hinterland of Mosul.

Setting aside their dispute over the budget, Baghdad made the gesture of covering the paychecks of the Peshmerga and other public employees in the semi-autonomous region, to pave the way for fruitful military cooperation.

This hatchet-burying process for Iraq, along with Irbid’s ties with the US and Israel, may be swept away if the Kurdish leaders are won over by Iran’s blandishments.