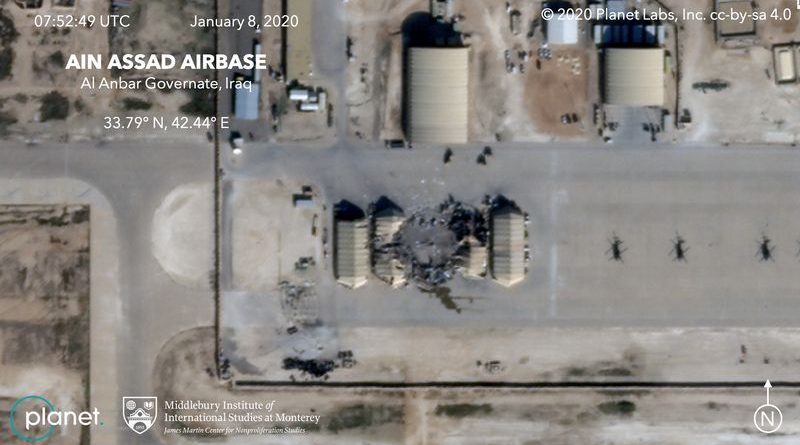 While Iranian officials publicly declare they don’t want war, offer negotiations for resolving their differences with the US, and agree to returning to their 2015 nuclear accord with the six world powers, not one of their preconditions for dialogue could be acceptable to the Trump administration.

The pacific verbiage coming from Tehran is addressed to President Donald Trump’s opponents as fuel for branding him a reckless warmonger in the 2020 election campaign, and encourages his European critics, such as UK PM Boris Johnson and France’s Emmanuel Macron, to press for US restraint against Iran.

The Islamic Republic is not averse to talking with Washington, but the pre-conditions its leaders have laid down do not bespeak a bid for peace but rather for American capitulation. DEBKA Weekly summarizes those conditions:

• The US must first start gradually lifting all economic sanctions including the embargo on Iran’s oil exports.

• A US decision to send troop reinforcements to Iraq to fight Iran would be a terrible mistake, because those troops would become instant targets for Iranian and allied attacks.

• Since Iraq’s parliament has prohibited all American operational activity on its soil without prior permission, Washington no longer has the legal right to keep military forces in Iraq while claiming to still uphold international law.

• Since all President Trump’s’ actions against Iran go against the US Constitution, Iran calls on the US Congress and Senate to exercise their constitutional powers for denying the administration allocations for conducting that war.

• Washington must forthwith embark on negotiations with Tehran for preventing war through such mediators as Oman, Japan or Switzerland.

• None of the above, or Tehran’s commitments in potential talks with Washington, are binding on Iran’s allies, including Iraq’s Shiite militias.

This reservation puts a loaded gun to America’s head, DEBKA Weekly’s sources note. Whereas supreme leader Ayatollah Ali Khamenei said on Wednesday, Jan. 8 that the missile attack on two US bases in Iraq served to avenge the death of Al Qods chief Qassem Soleimani, he made no reference to the killing in the same US air strike of his top lieutenant, Iraqi Shiite militia chief Abu Mahdi Muhandis. That score with the US remains open and still to be settled, meaning that American forces and interests anywhere in the region remain in harm’s way.

President Trump’s words on Wednesday, Jan. 8, sent a mixed message rather than enunciating a clear policy. While sounding like offering an opening for diplomatic outreach to Iran, he defended the killing of Qassem Soleimani as sending a powerful message to all potential terrorists. “Peace and stability cannot prevail in the Middle East as long as Iran continues to foment violence, unrest, hatred, and war,” he said in a solemn address to the nation, flanked by the administration’s top defense officials.

In short, Iran’s willingness to become the first world power to ever shoot ballistic missiles at the US military – which even North Korea never dared do – and the Trump administration’s refusal to give way by an iota on its “extreme pressure” sanctions policy against Iran, promise to keep US and Iran locked in combat with no discernable exit.