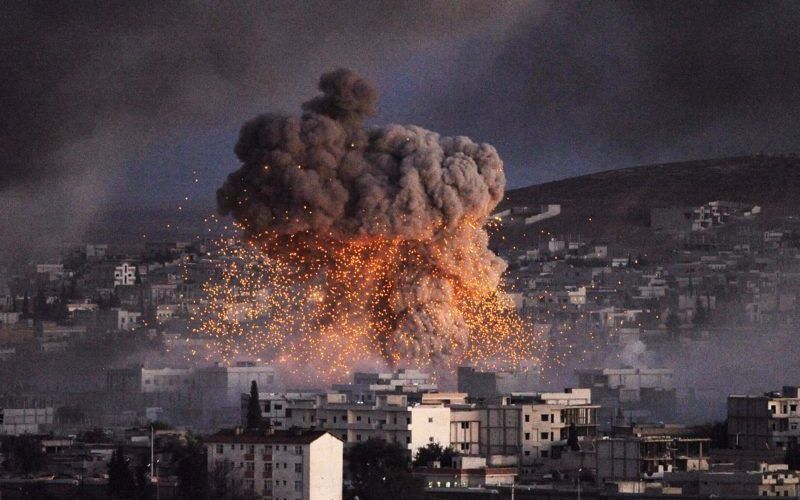 Untangling the multi-faction rebel grip on Idlib, the last large patch of Syria still under anti-Assad rebel control, is the key to safeguarding and perpetuating Russia’s military presence at the Khmeimim Air Base in Syria’s western coastal province of Latakia. Hence the current battles waged by the Syrian army and Hizballah with Russian air force backing for the southwestern slope of the Al-Zawiya Mountain in Idlib. This matter was also high on the agenda of US Secretary of State Mike Pompeo’s talks with President Vladimir Putin and Foreign Minister Sergei Lavrov on Tuesday, May 14,

at the Black Sea resort of Sochi.

Those talks finally unfroze the Trump administration’s strong objections to any kind of offensive against the extremist rebel Hayat Tahrir al-Sham (HTS) which rules Idlib. It was made possible by the radical shift in the circumstances surrounding northern Syria. Turkey has proved amenable to an agreement with northern Syrian Kurdish factions, including the US-backed YPG – for one; for another, Ankara’s transaction for the purchase of Russian S-400 advanced air defense systems appears to have stalled.

Turkey, which has stationed troops in Idlib, controls an important lever in the Idlib equation, namely, its influence with HTS leaders. Moscow is pushing President Tayyip Erdogan to use that influence and force HTS fighters to pull back form a buffer zone around the province’s borders. Russian and Turkish defense ministers spoke on Tuesday on how to de-escalate the Idlib imbroglio.

Pro-Assad forces have meanwhile captured several towns in southern Idlib in the three weeks since they launched this offensive but have not made major territorial gains. If the deal the US Secretary reached with Putin and Lavrov this week holds water, Russian and Syrian forces will advance from Hama up to the edge of the Al Zawiya Mountain, and then come to a halt. At that point, Turkey maintains its southernmost observation post out of the 13 located around Idlib.

Even when the battle is over, more than 50,000 rebel fighters will remain in Idlib – of whom 35,000 belong to HTS and Al Qaeda’s allies. They are disciplined, well-armed and battle-hardened, many of them veterans of the various rebel factions which lost their territory to the Syrian army. Although foreigners are a minority, and HTS has distanced itself from Al Qaeda to wage an exclusively Syrian jihad, an increment of some 3,000 Chinese Uighurs remain. They are members of the Islamic Party of Turkestan, who have made their homes in the Jisr al-Shughour area of Syrian since 2015.