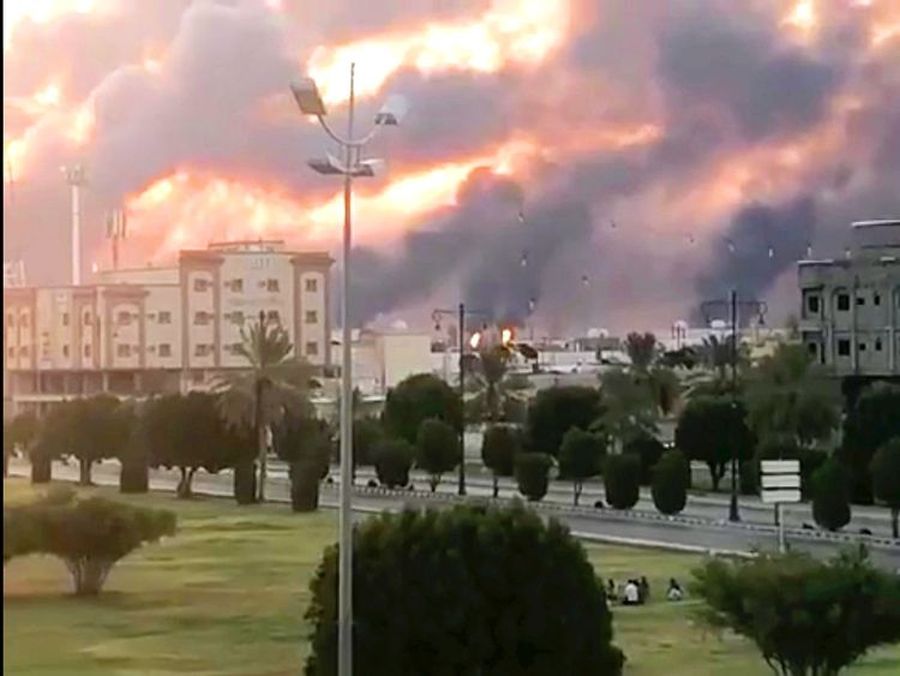 DEBKAfile Exclusive: Early Saturday, Sept. 14, Yemeni Houthi rebels fired at least 10 drones against the Saudi Aramco’s biggest oil facility and second largest oil field from Iraq. Our sources report that they used pro-Iranian Shiite militia bases in southern Iraq, instead of across the Yemen border. Huge fires blazed at Abqaiq, the largest crude oil stabilization plant in the world in the Eastern Province, and the Kurais oilfield some 60km to the southwest. The state-owned Aramco reported the fires were brought under control.

This was not just the most extensive Iranian-backed attack on Gulf oil targets since the first round in May, it also opened up Iraq on Saudi Arabia’s northern border as a second active front for meting out punishment to US allies for Washington’s sanctions on Tehran’s oil exports. The operation, the biggest scale conducted by the Houthis against the oil kingdom, bore the signature of Iran’s supreme Middle East commander and strategist, Al Qods chief Gen. Qassem Soleimani. It may be seen as Tehran’s reply to French efforts to bring about a meeting between President Donald Trump and President Hassan Rouhani. Supreme leader Ayatollah Ali Khamenei is clearly against this meeting.

This was not the first time that Soleimani orchestrated an attack on Saudi Arabi from Iraqi territory. On May 15, two Iranian explosive drones fired from Iraq damaged two pumping stations along the Aramco East-West pipeline running to the Yanbu oil terminal.

That Iran now possesses a logistic infrastructure in Iraq for launching multiple armed UAV strikes against many points in the Middle East is seen as a dangerous development in Washington and Jerusalem. Israeli military sources commented on Saturday night that Israel might find it has become another target from that source. They noted that although the Saudis have advanced air defense weapons, drones on the offensive are difficult to detect and intercept. How to react to this new menace was discussed Saturday night in conversations President Trump had with Saudi Crown Prince Muhammed bin Salman and prime minister Binyamin Netanyahu.