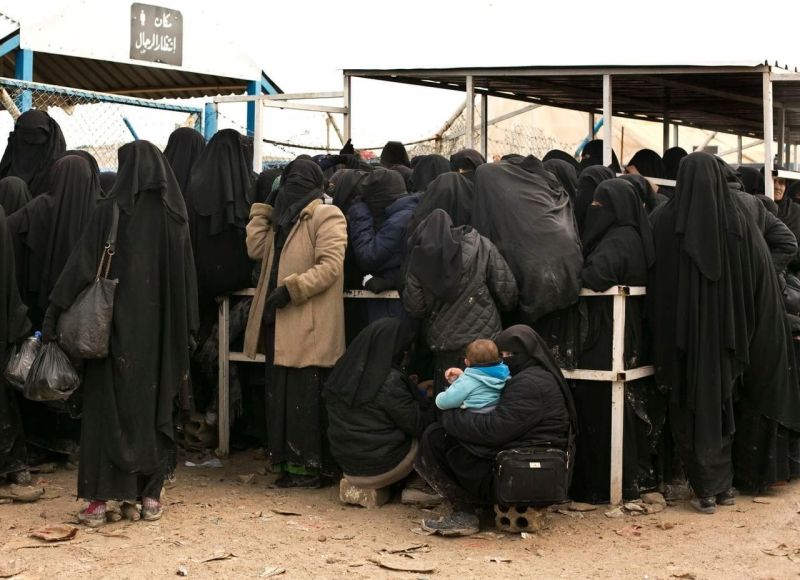 Some 11,000 Islamic State prisoners were held in 20 makeshift Kurdish prison camps when Turkey launched its military operation against the Kurds on Oct. 9. When their Kurdish guards abandoned the camps to fight off the Turkish incursion, more than 2,000 foreign jihadists bolted. US forces in the vicinity were too few to intervene. Most of the fugitives were foreign nationals, American, Chinese, Indian, Canadian and Europeans, mainly from France, Russia, the UK, Belgium, Holland, Sweden or Spain. DEBKA Weekly’s counter-terrorism sources, tracking their flight have established:

1. There are no signs of the fugitives having left Syria or Iraq to return to their own countries.

2. There are signs that some have hooked up with clandestine ISIS cells and networks still operating in Syria and Iraq, some of them in search of documents and new identities.

3. In three instances, large groups of 20-30 jihadists fled the camps and were believed to be heading for other Middle East locations. Libya appears to be one destination; Yemen another. A group of five was reported making for the Sinai Peninsula where a broad ISIS network battles the Egyptian army. Some fugitives previously spent time in those countries.

4. The various Western anti-terror agencies, especially in Europe, are astonishingly ignorant about the identities of the jihadists hailing from their countries.

5. It is equally surprising to find that, in the three years that elapsed since ISIS was driven from its main bastions in Syria and Iraq, none of those agencies has seriously investigated the incarcerated terrorists or their families. They made do with the initial interrogations conducted on the spot by US troops taking part in the battle for their defeat and by sundry Syrian agencies.

6. This laxity persisted when the jihadists began fleeing the Kurdish camps after the Turkish incursion this month. US forces made no attempt to stem the escape.

7. Moscow’s counter-terror performance was just as slack. Russian agencies are solely concerned with the jihadists originating in the southern Caucasian regions, and not much interested in other foreign nationals.

8. The fugitives are making use of this indifference for obtaining new identities and ID documents.

9. Chinese intelligence was just as remiss as its counterparts, although many thousands of Chinese Muslim terrorists are present in Syria with their families. Most are Uighurs from the restive Chinese province of Xinjiang where the authorities are cracking down heavily on the separatist East Turkistan Islamic Movement. Most of these Uigurs are fighting with jihadist militias in Idlib, the last rebel bastion holding out against the Assad regime. The few held in the Kurdish camps also took to their heels.

The largest ISIS escape operation from the Kurdish camps occurred on Sunday, Oct. 13, Day Five of the Turkish operation. Jelal Ayaf, co-chair of the Ayn Issa camp in northern Syria, told local media that 859 people had “successfully escaped the section of the camp holding foreign nationals,” including 400-450 French ISIS fighters and two Belgians, as well as a notorious British female jihadist Tooba Gondal, 25 and her two children. Gondal had travelled to Syria to join ISIS in 2015 and was believed to have groomed other young British women, including Shamim Begum, to follow in her footsteps.

Addressing another aspect of the episode, an official in Brussels, Paul Van Tigchelt, the head of the OCAD [Body for Threat Coordination and Analysis], said on Tuesday that “Camp Ain Issa no longer exists. The women and their children had to leave the camp, whether they wanted to or not.” He named three ISIS women and their six children who left the Ain Issa camp. They are Fatima B. from Borgerhout, BouchraAbouallal, and her sister-in-law, Tatiana Wielandt.