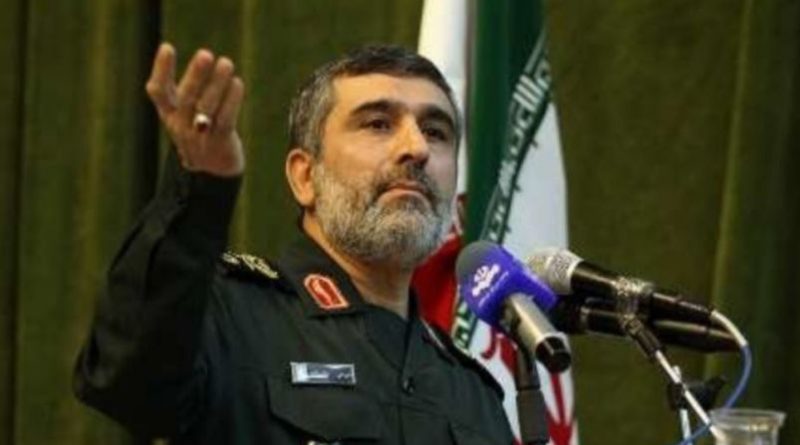 The Iranian Revolutionary Guards Air Force chief, Gen. Amir-Ali Hajizadeh, escaped the fate of the “three foreigners” killed when 3-4 cruise missiles flew from warships off the Syrian coast on Sunday night, Dec. 22, and crashed into his Syrian headquarters at Agraba, south of Damascus. But the three victims were almost certainly air force officers, which sparked reports that the general was among them.

The hit clearly came a lot too close for comfort. Indicating that something important had just happened, Tehran moved fast for damage control. Within hours, Iran’s state news agency IRNA informed reporters that Gen. Hajizadeh “is in perfect health,” while also claiming that the missile attack’s targets had ranged from the tomb of the Shiite Saint Seyyeda Zeinab south of Damascus up to the big T-4 air base near Homs.

Even if the IRGC Air Force general escaped unharmed, the missiles striking his Syrian headquarters carried this message: “We know exactly where you are and are tracking your movements. Be warned.”  Gen. Hajizadeh, our sources disclose, was the master-planner, who designed and oversaw down to the last detail the execution of Iran’s massive cruise-missile-drone attack on Saudi oil infrastructure on Sept. 14, which for a while knocked out half of Saudi Arabia’s oil production.

The unidentified party which attacked his Syrian headquarters on Sunday was warning him against repeating his Saudi feat anywhere in the Middle East, especially Israel. Should he nonetheless try again, he was duly notified that he would pay the price. The missile strike on Sunday therefore raised the contest between the US and Israel on the one hand and Iran on the other to a new level, with both sides ready and willing to strike at their opponent’s core strategic assets.