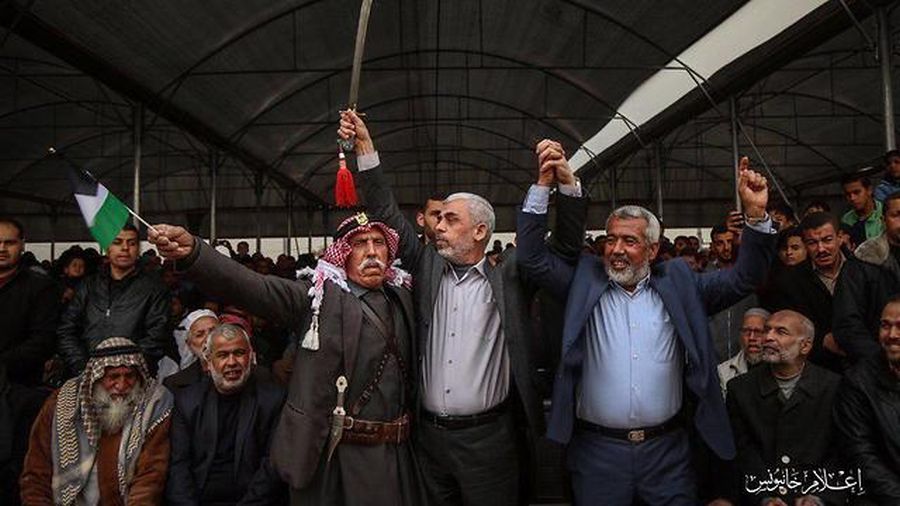 While announcing a big anniversary march on Saturday, March 30, Hamas caught Israel by surprise on Friday night, when a 240-firebomb blitz was aimed for five hours at Israel troops by just 200 Hamas terrorist pros. Hamas then proceeded to stage a “restrained” event at the scheduled time on Saturday. Bracing for the worse the next day, the IDF Friday night was satisfied with firing just three tank shells at a Hamas position.
But people living in the vicinity of Gaza reported that on Friday night the earth and the walls of their homes shook as never before under the impact of the ferocious Hamas blitz. Since the main event was still ahead, Israeli officials and commanders were satisfied with a muted response. But the fierce assault the night before enabled Hamas leader Yahya Sinwar to strut at the head of 40,000 Palestinians on Saturday and claim victory in the contest. “Israel is now on trial,” he told the cheering masses. “Next year’s March of Return demonstrations will be nothing like this year’s!” he shouted.

Since by Saturday, the main event was relegated to the past and Israel’s reprisal was a non-event, Hamas could claim credit for staging the March of the Million with restraint, its operatives conspicuously scurrying about in the crowd and pushing them back from the Israeli border fence.

Although three Palestinians were killed by Israeli fire and scores injured, the terrorists could signal the Egyptian truce brokers that they had behaved reasonably, and it was now up to Israel to make the running.

This Hamas scam was the epitome of low, malign cunning. If Israel and the IDF prove willing to swallow the humiliation meted out to their prized Golani and Paratroop units at by Palestinian terrorists without an appropriate response, they should not be surprised to find people starting to believe the lie propagated by Hizballah leader Hassan Nasrallah that the IDF is no longer fit for ground combat and its commanders are afraid to send the troops into battle.

Perhaps the last word is still to come. It was announced that the strength the IDF massed over the past week around the Gaza Strip is to remain in place in the coming days.

27 thoughts on “The Gaza Scam: Hamas eluded IDF payback by its main assault on Friday night, then showed “restraint” on Saturday”