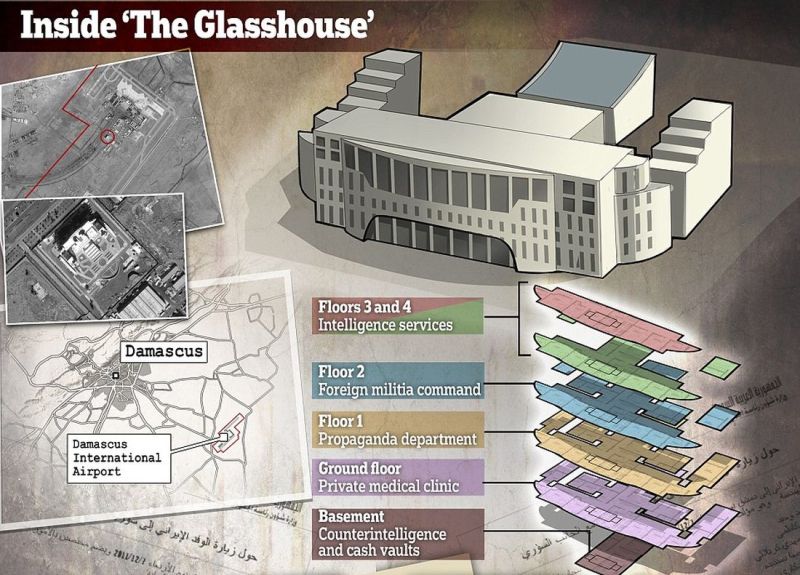 For years, Israel and Iran skirmished in Syria without breaking out into full-fledged hostilities. But those bounds were breached three times in the past year, finally on Dec. 26, 2018. On that day, Israeli warplanes over Lebanon struck a large Iranian-Hizballah war materiel warehouse in the Damascus area. When they missed, they tried again and successfully destroyed the target. Stored in that warehouse were improved Fatteh-110 ground-to-ground missiles shipped in for Iran’s Al Qods Brigades and Hizballah units. Those weapons carry a quarter-ton payload and have GPS to guide them to a distance of 300km.

That night, the Iranians fired an improved Fajr 5 missile (80km range) towards Hadera, the site of Israel’s central power station and the hub of a cluster of coastal towns midway between Tel Aviv and Haifa. An Israeli David’s Wand anti-air battery located at Kibbutz Ain Shemer blew the Iranian missile up in midair. Had it reached target, the entire country would have blacked out for some hours.

Although the walls shook in the homes of more than a quarter of a million residents, Israel’s top officials made a snap decision to play the mighty explosion down as caused by a misaimed Syrian SA-5 air defense missile, fired at returning Israeli warplanes over the Golan. They were anxious both to stem public panic and also keep the mounting confrontation with Iran in Syria within bounds. A fitting response would have been an Israel attack on a comparable target in Iran, for which a full-scale war would have erupted.

But less than a month later, the Israeli-Iranian contest gained tempo.

On Jan. 12 and 20, Israel launched two more air force operations against Iranian targets in and around Damascus. One aimed at a secret site outside Damascus international airport. DEBKA Weekly’s intelligence sources report that this is the location of the Iranian Revolutionary Guards’ and Hizballah’s central weapons storehouses, plus a compound known as the “Glass House,” which is the seat of Iran’s central command in Syria and Lebanon. It is headed by Iran’s supreme Middle East commander, the Al Qods chief Maj. Gen. Qassem Soleimani. This site is a fully autonomous Iranian military enclave inside Syria, to which entry is barred to Russian or even Syrian personnel.

Located less than one kilometer away to the south are the launchers of the improved Fatteh 110 surface missiles, maintained entirely by IRGC officers and teams. Mounted on Mercedes-Benz 6×6 trucks, they may be moved every few days to new locations.

DEBKA Weekly’s military sources affirm that none of the Israeli attacks has until now targeted either the “Glass House” or the Fatteh10 launchers, although sometimes, they come to within 18km of the Israeli Golan. Why has Israel granted immunity to this self-governing Iranian military enclave a short distance from its border (see map)? Our sources point to a set of unwritten “understandings” or “red lines” drawn in the sand and evolving between Israel and Iran over the years – either in Moscow-Tehran interchanges or messages the IDF may have passed via Russian army officers in Syria to Iranian commanders at “Glass House”.

Never formally acknowledged either in Moscow, Tel Aviv or Tehran, this is how those “understandings” worked until the most recent events.

Before staging an attack in Syria, Israel would provide the Russian command at the Khmeimim Air base near Latakia with the location off the coming air or missile strike and its aircrafts’ trajectory through Syrian skies – in keeping with their standing deal for avoiding midair Israeli-Russian collisions. The IDF knew perfectly well that the Russians passed its message to the Iranian and Syrian commands. Both had time to remove their personnel and equipment to safety and so casualties were nil in the IAF strikes and a key red line was observed.

However, in the course of 2018, that line was breached three times.

Iranian drone base in Syria attacked: On April 9, two months after Iran released an explosive UAV over Beit Shean, south of the Sea of Galilee. Israel attacked the main Iranian drone base in Syria, killing 7 Iranian air force personal. The Iranians had calculated that Israel would not touch their drone hangars because they were housed at the joint Russian-Syrian T-4 Military Airbase in the Homs Governorate to the west of Palmyra. The UAV was a highly advanced replica of the US stealth drone that Iran had captured seven years earlier. However, it was shot down before it landed.

Iran fires 32 rockets at Golan: On May 9,Gen. Soleimani directed his Al Qods forces in Syria to shoot 32 missiles into the Israeli Golan. Most fell short on the Syrian side of the border and the rest were downed by the IDF’s air defense units. Israel hit back with the first of its large-scale assaults on the Al Qods and Hizballah commands in southern and central Syria. The total: 18 targets hit; more 20 than Iranians killed.

IDF retaliates for missile attack on Golan. On Jan. 21, Israel mounted an air and ground assault, its second large offensive, on a dozen Iranian targets in and south of Damascus, in response to the Fatteh-110 Iran shot at Mt Hermon north of the Golan, the scene of Israel’s only ski slopes. More than 10,000 trippers were there, including 2,000 skiers. Whereas the first Iranian missile attack was aimed at an Israeli strategic utility, this one had it struck home would have caused a civilian massacre. This was only saved by an Iron Dome anti-missile hit. Israeli reacted furiously with air and ground assaults on a number of Iranian sites in Damascus and southern Syria. This time, the Iranian death count was a reported 15 officers and men.

Does this indicate that the red lines have been blown away for good? Have both Iran and Israel removed the gloves?

A pointer came on Tuesday, Jan. 22, on the Iranian Tabnak website run by Mohsen Rezaee, a senior politician and high-ranking officer of the IRGC. “Iran and Israel are heading towards a dangerous confrontation” over Syria, following this week’s Israeli strikes, he wrote in an unattributed op-ed piece. The “unwritten rules” of engagement in Syria between Iran and Israel have recently changed. Prior to the last round of strikes, Israel had not formally taken responsibility for hitting Iranian targets. Israel had also avoided taking Iranian casualties and informed Iran in advance (through Russian channels) of strikes to prevent loss of life. These tactics, said the IRGC official, were designed to prevent a concerted Iranian response. Now, he warned, further disregard of these procedures is likely to drawn an aggressive response from Tehran and “increase tension” between the countries.