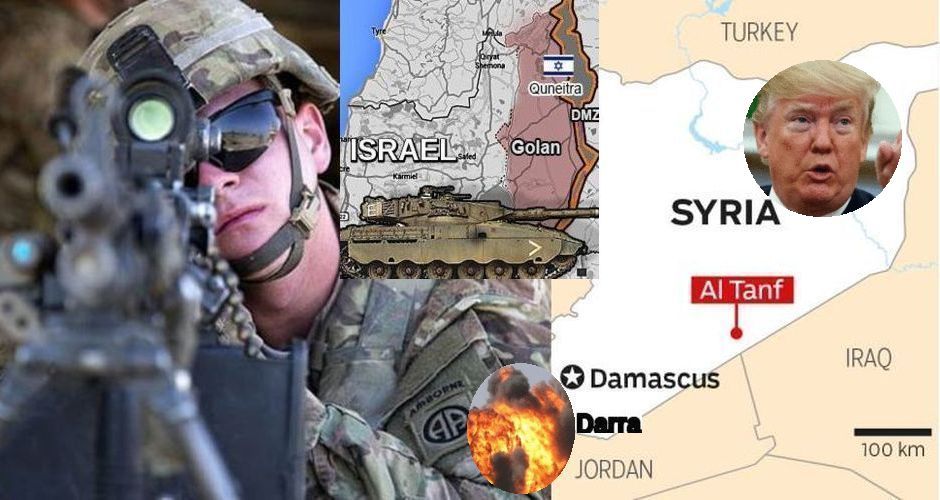 Israel’s leaders – government, military and intelligence – were dumbfounded by US President Donald Trump’s decision to pull US troops out of Syria as part of its withdrawal from the Mid-East at large. Senior ministers received no answers to their urgent calls to the prime minister’s office and Military Intelligence (AMAN) officers for confirmation of the news. Prime Minister Binyamin Netanyahu, himself, only received word of the decision just five minutes before it hit Twitter, DEBKAfile sources have learned, although he talked to the president and Secretary of State Mike Pompeo some days ago. In recent conversations with US National Security Adviser John Bolton, as well as Pompeo, about the IDF operation against Hizballah tunnels, both US officials assured Netanyahu that he had nothing to worry about. US troops were present in eastern and northern Syria, they said, and they would not let pro-Iranian Iraqi militias come through from western Iraq to the aid of Hizballah.
Israeli officials were further dismayed early Thursday, Dec. 20, when they understood that the only leaders to receive prior notice of Trump’s decision were Russian President Vladimir Putin and Turkish President Tayyip Erdogan. This was inferred from intelligence of a secret deal, which the president’s adviser on Syrian affairs James Jeffrey had reached with Erdogan and which opened the way for Turkish military movements in Syria in the wake of the US pullout.
As recently as Monday, Dec. 17, Jeffrey told the Atlantic Council in Washington in a speech: “The eventual goal of the mainly-Kurdish Syrian Defense Forces (SDF) should be to become part of the fabric of a changed Syrian society. We do not have permanent relationships with sub-state entities.” This was taken as a clear repudiation of US responsibility for the fate of its Kurdish allies.
The coming issue of DEBKA Weekly (for subscribers), out on Friday, Dec.21, uncovers the secret decision-making process at the White House which led up to the Trump decision without Israel picking up a hint of its purpose. (Click here to subscribe.)

Some clues could have been picked up, for instance, from Russia’s deployment in early December of an S-300 air defense battalion in the Deir ez-Zour province of eastern Syria, without demur from Washington, although US troops were nearby. DEBKAfile alone reported the Russian move at the time.
Israel is also discovering in the last few hours that Tehran and Hizballah stayed silent when Israel launched its operation to uncover Hizballah tunnels last week – not because they were taken aback, as some Israeli officials claimed – but because they had advance notice of the US withdrawal – either from Moscow or from Ankara – and saw it being totally eclipsed in importance by the sensation about to be landed by President Trump.
DEBKAfile’s military sources stress that the IDF must wrap up this operation with all possible speed and lose no time in getting set for the major repercussions about to roll in on Israel’s northern front as soon as the 2,200 US forces depart Syria. The reorganization required could take months of intense work.

58 thoughts on “The IDF must cut short tunnel operation, get set for repercussions from Trump’s stunning Syria withdrawal”