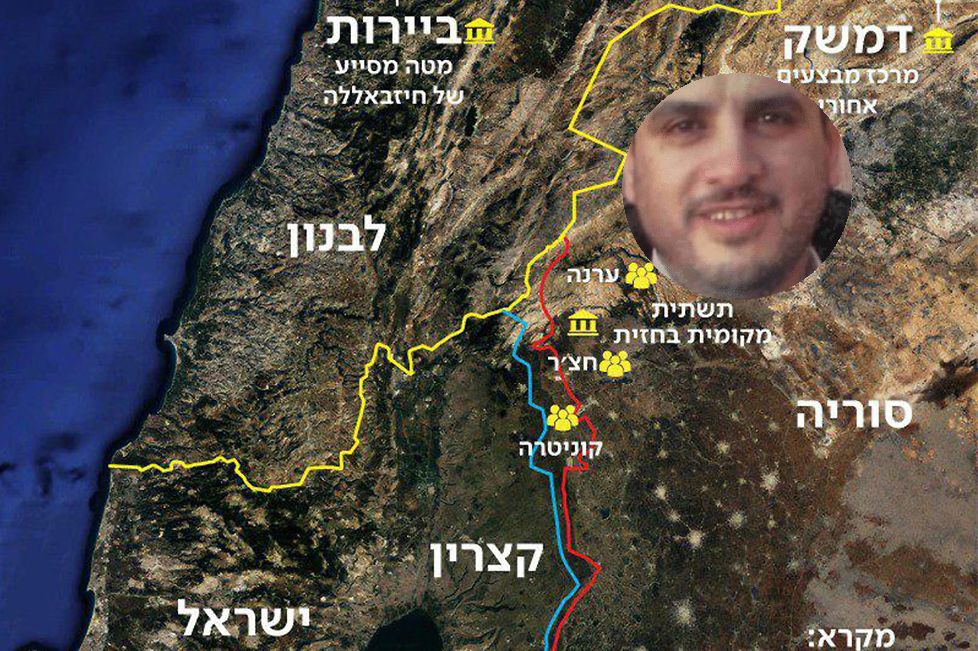 Israel’s military spokesman Wednesday, March 13, disclosed that Hizballah had planted a terrorist unit on the Syrian Golan for conducting attacks on Israel. The “Golan file” was discovered by the IDF Northern Command intelligence arm. It was so secret that Syria’s President Bashar Assad was not informed, said the statement. The unit under the command of Ali Musa Daqduq is said to defer directly to Hizballah chief Hassan Nasrallah. IDF Col. Amit Fischer, head of the Bashan division and the Golan sector, reported that the Hizballah unit is still getting organized and is meanwhile engaged in intelligence-gathering on Israeli troop deployments and mapping out routes and targets.
DEBKAfile assumes that the IDF high command had its own reasons for making this disclosure at this time since it is not new. Hizballah has never paused in its attempts to establish terrorist structures on the Syrian Golan with a view to opening a second front against Israel if attacked. Its presence has been consistently covered by DEBKAfile for eight months, ever last July, when the IDF allowed Syrian army units to take over rebel-held regions opposite Israel’s Golan border. Our military sources revealed at the time that Hizballah fighters were integrated in the Syrian units, disguised in Syrian army uniforms, and setting up observation posts and terrorist teams opposite IDF positions. It was those Hizballah posts near Quneitra and the Syrian Druze village of Al Khader that Israel tanks shelled in early February.

Our analysts offer some explanation for the IDF’s “revelations” at this time.
March 13 marks two months since Israel wound up its “Operation Northern Shield” for eliminating Hizballah’s cross-border tunnels from Lebanon, an operation which, incidentally, had little effect on the balance of strength between Israel and Hizballah.

Underlining the Hizballah threat from southwestern Syria will no doubt contribute to the campaign launched by Prime Minister Binyamin Netanyahu and US Senators Lindsey Graham and Ted Cruz for gaining congressional recognition of Israeli sovereignty over the Golan.
But there is another, military, factor at work: US forces in Syria and Iraq are gearing up for action against the Iraqi-Shiite militia concentrations swarming through western Iraq and eastern Syria. On March 9, this site exclusively reported US reinforcements streaming to the front on both sides of the border.

Those troop movements continue and will be covered and analyzed in detail in the coming issue of DEBKA Weekly (for subscribers) which comes out on Friday, March 15. If you are not already a subscriber, click here to sign on.

Of especial interest are the three elements left out of the IDF disclosure. We list them below:

3. Neither does the Iraqi Shiite militia, Asaib Ahl al-Haq (the Khazali Network), which is closely allied to the Lebanese Hizballah and on March 7 issued a “call for resistance against the US presence in the region.” Daqduq has close ties with this militia and has a history with its commander Qais al-Khazali.
Daduq himself is a Lebanese Shiite who was employed as a senior Hizballah operational activist in Lebanon from 1983. In May 2006, he was sent to Tehran to assist the Revolutionary Guards Al Qods external terrorist arm train and organize the Iraqi Shiite militias for battle against the US and its coalition allies.
After that, he continued to work closely with Gen. Soleimani in the role of adviser to the Khazali Network. Daqduq took part in the Shiite militia’s operations in southern Iraq under orders from Soleimani. One of them took place on Jan. 20, 2007 against the regional coordination command in Karbala, in which four American soldiers were kidnapped and murdered.
Taking all this information into account, the Golan operation uncovered by the Israeli military on March 13 should be counted as an Iranian-Shiite-Hizballah project with three notorious commanders, Iran’s Qassem Soleimani, Iraq’s Qais al-Khazali and Lebanon’s Hassan Nasrallah.