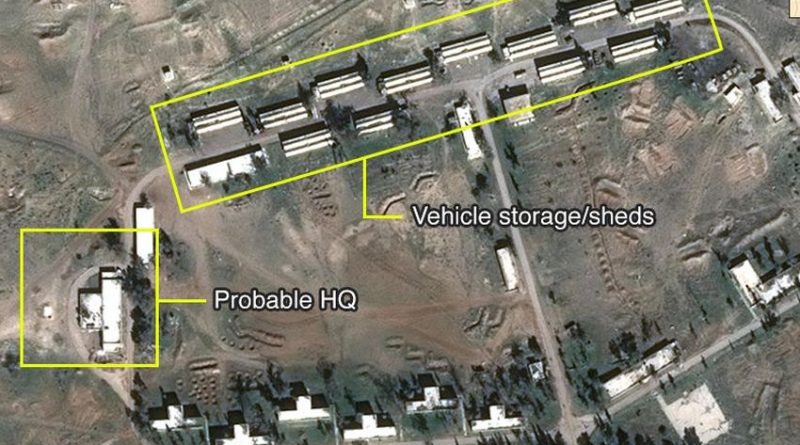 In the last weeks of the Trump administration, Israel is fast-tracking the military drive to push Iran and its helpers back from their advance on southern Syria and the Golan border. The IDF is urged to hurry up in case the Biden administration decides that Iran’s presence in Syria need not be addressed by the US in a potential renegotiated nuclear deal with Tehran.

Iran is using the uncertain transition period to advance on the Syrian-Israel Golan border by infiltrating and hiding behind Syrian army positions in the southern Syrian provinces of Deraa, Quneitra and Sweida. The Iranians are also practicing clandestine tactics on the Syrian Golan with the help of a special Hizballah unit and dozens of local armed groups and soldiers, taking advantage of the overall chaos prevailing in the region.

The IDF is hitting back by expanding the targets of its air strikes to include the Syrian regime army positions hosting or covering Iranian Revolutionary Guards or Shiite militia forces in the south and the east.

The success of the IDF’s ramped-up operations to counter Iran’s strategy was indicated by IDF Chief of Staff Lt. Gen. Aviv Kochavi in an end-of-year summary last Thursday, Dec. 10. “Iran has begun cutting back on its military presence in Syria as a result of our operations,’ he said, “but there is still a long way to go before the job is done.” The tempo and quality of Israeli strikes against Iranian assets in Syria, including kinetic operations, the general said, have been enhanced this year, along with more numerous covert and clandestine missions.”

Iran had also significantly stalled its cargo airlift for smuggling weapons into Syria, Gen. Kochavi revealed. This came as a result of the destruction by aerial bombardments in recent months of vast quantities of advanced weaponry, that were to have been handed over to Iran’s proxy, Hizballah, for using in Lebanon as a convenient forward base for attacking Israel.

To escape Israel’s air strikes, Iran has moved its bases, camps and headquarters out of the line of Israeli fire around Damascus towards the northern and eastern parts of Syria. Iranian forces have also been drawn down. Hizballah and Syrian armed units have been left to anchor Iran’s presence in the south. Moreover, reported IDF air strikes on IRGC positions at Abu Kamal in eastern Syria on the sensitive border with Iraq showed Israel to be undeterred by the proximity of US bases.

Tehran is acting on the assumption that Israel is intent on provoking a major clash to provide Donald Trump with justification for clobbering Iran or its interests in the waning days of his presidency. Tehran is therefore at pains to avoid overt or extreme response to the intensified IDF campaign. Its presence in South Syria is denied except for “a few advisers.” Reported casualties are dismissed as “Zionist propaganda.”

The IDF is using Tehran’s caution to seriously bludgeon its assets and collaborators in Syria for the purpose of driving home Israel’s determination to drive them out.