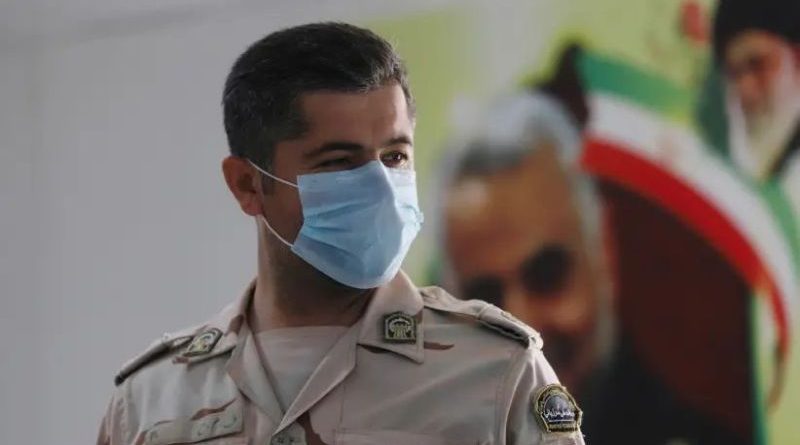 The dread coronavirus plaguing the world has not doused the flames of at least four conflicts enveloping the Middle East. Indeed, the fires are burning higher than ever over Iraq, Syria, Yemen and Libya. As one Shiite militiaman put it: “The virus is no reason to lay down arms.” A ray of light and sanity did come from an unexpected quarter. Hizballah sources announced this week that “the resources and capacities that had been dedicated to confront a potential war with the Zionist enemy have now been diverted to the plan for confronting corona virus.” The statement added: “The Party’s plan involves 500 individuals including doctors, nurses, paramedics and other service-related, healthcare, social and field cadres.” The sum of 3.5bn Lebanese pounds has been allocated to the plan.

It is doubtful that Hizballah or Lebanon, already in desperate straits, command the resources to support this pep talk, however belatedly. No help may be expected from Hizballah’s sponsor, Iran, which is growing into the chief exporter of the virus across its borders (See separate item.)

In tracking the various warfronts, DEBKA Weekly can report unrelenting belligerency all around. In Iraq, US forces are under rocket attack from pro-Iranian Shiite militias; in Syria, pro-Turkish Syrian rebels clash with Syrian government forces in the contest for Idlib; in Yemen, while Saudis and Houthi rebels discuss a truce in almost daily phone calls, heavy Saudi bombardments were directed against Sanaa and Houthi arms missile depots after ballistic missiles targeted Riyadh on March 29. In Libya, a UN-sponsored ceasefire agreed on March 22 held for barely two days.

That’s it in a nutshell. DEBKA Weekly homes in on specific arenas:

American forces are being evacuated from small bases and regrouped in larger US military compounds in an effort to protect the troops from almost daily militia rocket fire. This evacuation program is going forward at a snail’s pace for three reasons:

1. Patriot anti-missile batteries are not being delivered to the compounds quickly enough – only one has so far arrived at the big Ain Al-Asad Air Base in the western Iraqi province of Anbar. Two more are stuck in Kuwait awaiting transfer orders.

2. President Donald Trump has not bought into the plan put before him by Gen. Mark Milley, Chairman of the US Chiefs of Staff and Gen. Kenneth McKenzie, the head of CENTCOM. They are urging a swift and crushing operation to obliterate the pro-Iranian Iraqi Kataib Hezballah, which they blame for the systematic attacks on US military centers in Iraq and which they warn is revving up for a major offensive.

All Trump is willing to permit for now is for the generals to draw up a plan of operation for knocking down the militia, but to hold back from an assault, lest it precipitates a straight US-Iranian fight in the Iraqi arena. The generals say that this in any case is what the militia is driving at.

3. Trump is also convinced that a major US military operation against an Iran-backed militia would further jeopardize the effort underway for establishing a stable government in Baghdad. Iraq’s entire ruling system might fall apart and become easy prey for Tehran.

The Idlib truce agreed between Presidents Vladimir Putin and Turkey’s Recep Erdogan at their March 5 meeting is more or less holding up. But this has not stopped Turkey from pouring troops into the northern sector of the embattled province to pre-empt any attempt by President Bashar Assad’s army to finish the job of recovering all parts of Idlib. To the east, Iran continues to concentrate forces in the Deir-Ez-Zour region for maintaining the stream of Iraqi Shiite militias entering Syria from Iraq.

Houthi rebel forces continue their push north into Maarib up to the Saudi border while the Saudi-Houthi talks show no sign of yielding a truce. Houthi chiefs are evidently acting under pressure from the extremist factions urged by Iran’s Revolutionary Guards and the Lebanese Hizballah to keep going. Moreover, when the Kataib Hezbollah shelled the Saudi capital of Riyadh from Iraq, the Houthis hurled missiles at the southern Saudi town of Jezzan. Not only was this Riyadh’s first taste of a Shiite militia assault from Iraq, it was also the first known synchronized dual Yemen-Iraqi operation against the oil kingdom to be set up by Tehran

Fear of coronavirus initially scared the warring forces in Libya. The Tripoli government’s General National Army (GNA) and its adversary, Gen. Khalifa Haftar”s Libyan National Army (LNA) agreed to the ceasefire that was put in place by the UN and several countries on March 22. But that incentive soon wore off. On Monday night, March 24, the clashes revived amid mutual blame. On Wednesday, the UN Support Mission in Libya bemoaned the fact that “while the whole world is fighting covid-19, attacks and counterattacks in Libya are inflicting more suffering and civilian casualties.”

Someone on Haftar’s side must have taken notice. As his army advanced towards the heart of Tripoli, he had a chemical unit disinfecting the positions seized from the pro-GNA militias in the al-Mashrou and al-Hadaba areas as precautions against coronavirus infection.