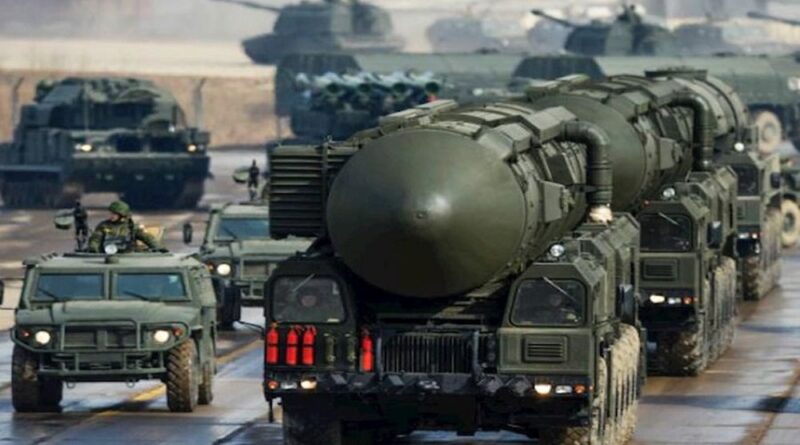 The nuclear threat surfaced strongly when Russian FM Sergei Lavrov said frankly, “If a third World War were to happen, it would involve nuclear weapons and be destructive.” He spoke on Wednesday, March 2, Day 6 of the Ukraine invasion, after on Tuesday he pointed the finger at Ukraine, accusing “the authorities set up in Kyiv to have embarked on dangerous games related to plans to acquire their own nuclear weapons.” Ukraine still has Soviet nuclear technologies and the means of delivery of such weapons. “We cannot fail to respond to this real danger,” Lavrov stressed.

DEBKAfile’s military analysts recall that Ukraine was in fact the world’s third nuclear power in the 1990s until the program was transferred to Russia when the Soviet Union broke up. However, as recently as 2005, Viktor Yushchenko, then Ukraine president, sold to China and Iran, X-55 missiles (NATO-coded AS-15) which can carry nuclear warheads and whose range is 3,200km. Kyiv has also been found dumping illicit nuclear items on the international black market for these commodities.

The threat was implicit in US President Joe Biden’s State of the Union message on Tuesday, when he said that Vladimir Putin had miscalculated and, “He has no idea what’s coming.”

On Wednesday, Director of Estonia’s foreign intelligence service Mikk Marran did not rule out the possibility of President Putin ordering the use of nuclear weapons in the Ukraine conflict. The spy chief estimated that Putin might resort to the ultimate weapon in order to prevail in the war. He gave the Ukraine army two months to hold out against the Russian invaders.

Some analysts predict that even the fierce and bold resistance shown by the Ukrainian people and its army to the Russian onslaught will crumble when the cities run out of food and fuel and the population beset by massive casualties is gripped by famine and disease.

The war situation on the Ukraine warfront on Wednesday is summed up as follows: