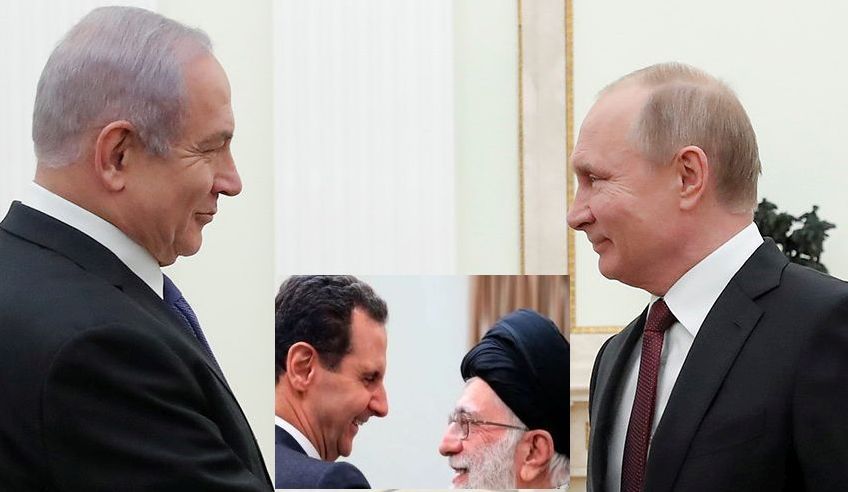 When President Vladimir Putin sat down with Prime Minister Binyamin Netanyahu on Feb. 27, the US envoy Jared Kushner was in Ankara and two days earlier, Bashar Assad arrived in Tehran on a surprise visit. All the parties involved in Syria were on the move to break the deadlock on Syria’s future. And for the first time, Israel’s leader was given a place at the table by the Russian president.

The only Iranian officials who knew the Syrian leader was coming on Monday, Feb. 25 were supreme leader Ayatollah Ali Khamenei and Iran’s Middle East commander Gen. Qassem Soleimani. No word leaked from their tightly closed-door conversations. However, the ayatollah is believed to have directed Assad to hand over to Iranian firms all the contracts for his country’s vast reconstruction projects and to turn away all oil-rich Arab emirates funding propositions.

In Moscow, Israel’s Military Intelligence chief, Maj. Gen. Tamir Hayman spread before Putin maps showing Iranian military sites in Syria. Netanyahu’s main object in meeting Putin at this time was to prevent Iran from establishing a military presence in Syria. The Russian leader replied that both Jerusalem and Moscow have a common goal, which is “to return the situation in Syria to what it was before the eight-year long civil war.”

This was a landmark departure for both. Its epic significance was shouted down by Israel’s tempestuous election campaign and the attorney general’s ruling on the bribery case against the prime minister. What happened in Moscow was that Netanyahu broke with the conventional wisdom of his own intelligence chiefs, who consistently claimed that Assad had lost the war and that the IDF had destroyed 90 percent of Iran’s military structures in Syria. Admitting that neither was realistic, he struck a deal with Putin for setting up a joint Russian-Israeli commission for the removal of all foreign forces from Syria.

For Putin this was an audacious albeit calculated move. If Assad, whose regime he had saved, could fly to Tehran without a word to Moscow, Putin was ready to introduce Israel into discussions on the future of Syria. After last month’s talks with Iran’s Hassan Rouhani and Turkey’s Tayyip Erdogan in Sochi, the Russian president was bringing Netanyahu into the equation.
The prime minister also trod on new terrain when he agreed to talk with the Russian president on ways to remove “all foreign forces” from Syria – American as well as Iranian – and  even to discuss the security arrangements to prevail after they were gone.

As for Jared Kushner’s meetings that same Wednesday with Erdogan, the official word was that they discussed the US Israeli-Palestinian peace plan. What they really talked about was the creation of a Turkish-led buffer zone in northern Syria and the sale of US Patriot air defense missiles for the Turkish army, provided Erdogan cancelled his S-400 missile deal with Moscow.
Therefore, while in Ankara, Kushner discussed with Erdogan the introduction of Turkish troops into Syria (on certain conditions), in Moscow, Netanyahu and Putin laid plans for the withdrawal of all foreign troops. It will take a while to find out whether these discussions lead anywhere or peter out like so many other moves on Syria. It will be interesting to see if Netanyahu can serve as a bridge between Donald Trump and Putin on the Syrian question. The US president’s hands are tied by the conspiracy climate in Washington around any connection with Moscow. Netanyahu too is hobbled by the charged atmosphere over the allegations against him and his challengers’ loud calls for his resignation. Nevertheless, while both are severely hampered for seizing bold new initiatives, Putin has opened a door .