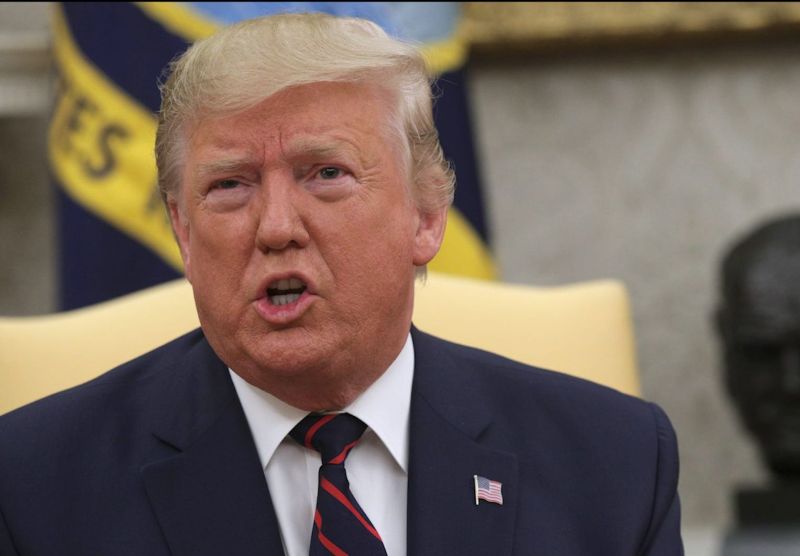 Presidents Donald Trump and Vladimir Putin were hand in glove in the secret deal playing out this week in Syria. It worked because both sides got exactly what they wanted.Far from Washington, where he is weighed down by Democratic impeachment moves over alleged abuse of power with Ukraine and whistleblowers, Trump undertook an audacious gamble in a global trouble spot. The deal he set up with the Russian leader was designed, in a nutshell, to convey responsibility for northeastern Kurdish provinces and most of the east, from the US-backed and trained Syrian Democratic Forces (SDF) to the Russian military command in Syria and government forces, complete with American equipment.

This trade of proxies between two big powers is unprecedented. It happened because the two presidents’ overriding goals for Syria intersected: Trump was resolved to pull US forces out, a goal that interlocked with Putin determination to recover Syrian sovereignty on every inch of land – and stay there. The two goals fused in the Turkish operation against the Kurds of northeastern Syria. By Thursday, Oct. 17, 10 US bases in northern Syria were in the hands of Syrian government forces under a Russian shield.

Another brace of whistleblowers may raise Cain when the deal comes to light, especially in the Washington circles still preoccupied with Russia’s intervention in the 2016 election.

The two presidents started the ball rolling by allowing Turkey to stage a limited incursion into northeastern Syria on Oct. 9, knowing that President Recep Erdogan would not resist the temptation to exceed those limits and go for the Kurds. This was to set the scene for the Russian intervention and takeover.

For now, this radical realignment of power stakes in Syria has attracted little attention. By Tuesday, when the US Treasury clamped punitive sanctions on Ankara officials, hostilities on the ground were already slowing down, according to plan. The Turks paused when they saw Syrian forces jumping into the bubbling pot to take over the Kurdish towns in their sights and under their artillery. This brought the Russians into dangerous proximity of the fighting. Turkish forces halted their advance for their bosses in Ankara to decide what next.

DEBKA Weekly’s intelligence sources reveal that on Oct. 6, when Trump offered to remove 50 American troops from the Syrian border in a phone conversation with Erdogan – against his commitment to keep Turkish forces within in a security zone 200km long and 30km deep – he was in fact setting him a trap. Turkey was to be cornered into a confrontation with Russia and Syria – and forced to give ground – after US troops were whisked off the scene. Trump had no intention of letting a US force engage in battle with a fellow NATO member, even for the sake of defending America’s Kurdish ally.

And Erdogan did walk into the trap. Someone in the White House with a hand in the scheme – Secretary of State Mike Pompeo certainly played a key role – must have realized that Trump would pay dearly in political coin for his apparent betrayal of the Kurds, who fought with US forces for the ISIS defeat. But the president was intent on carrying on regardless, determined to go down in history as the US president who brought American troops home from the hopeless entanglements of the Middle East. He had no qualms about dumping the region’s inherent feuds and fights in Russian laps – even to boosting their clout.

This venture is rolling forward, although its outcome is yet unknown.

When Turkish troops stepped across the border into northern Syria last Wednesday, Oct. 9, Trump and Putin counted on them and their allied Syrian-Turkmen militia allies, who had been preparing for this day for more than ten years, going beyond the agreed security zone limits and hitting Kurdish towns. Neither were the Kurdish leaders under any illusions about what lay ahead. They were not surprised by their first collision which claimed around 100 dead on both sides in the first five days of the Turkish operation.

By then, however, the secret interchanges between Syrian President Bashar Assad and Kurdish commanders, launched around two weeks earlier, had been revved up. They were presided over by the Russian President’s Special Envoy to Syria, Alexander Lavrentiev, who has long experience in weaving deals and understandings between the presidential palace in Damascus and the Kurdish autonomous ruling institutions known as “Rojava.”

Some of the texts were ready for signing, having been worked and reworked during the years of those secret contacts. When the US president authorized the Pentagon to pull some 1,000 American troops back from the embattled region, Kurdish pens were hurriedly pulled out of pockets and put to paper. Both the Russians and Assad took advantage of the Kurds’ contretemps from the loss of their American umbrella to squeeze them into relinquishing their demands for full independence.

The paper signed by the parties at the Russian Khmeimim Air Base on Sunday, Oct. 10, was far short of the semiautonomous status granted Iraqi Kurdistan. Syria’s Kurds had to be satisfied with local, self-ruling institutions subject to the authority of the central government in Damascus.

They were also stripped of their main military organ. DEBKA Weekly’s sources report that the SDF/YPG militia was forced to give up its separate status and be integrated in the Syria army’s 5th Corps, which is the main joint Russia-Syria fighting unit in Syria. The transfer of American troops out of the Kurdish regions on the Turkish border was the first move in President Trump’s overall plan to withdraw the US army from Syria at large and allow the Russians to move into US-held sectors. The next day, a directive went out to pull US troops out of the eastern sectors as well, excepting only the US garrison at Al Tanf, which straddles the border intersection between Syria, Iraq and Jordan. This base protects the big US Ain Al Asad air base in western Iraq from the west. The eastern Syrian oil fields are still up in the air. What does this mean for Putin? See the next article.