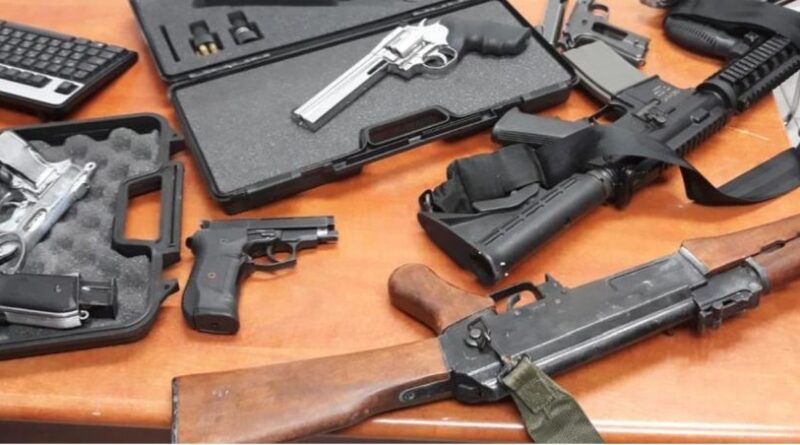 A special small unit of the Shin Bet security service is to be charged with staunching the flow of firearms to the Israeli Arab community in support of the coming police battle against the crime gangs long plaguing Israel’s Arab community amid a rising death toll. This year alone, violent crime within the community cost 95 Arab lives, forcing the Bennett government to set up a task force for direct action to finally come to grips with a long-neglected blight.

The national police will have their hands full with a crackdown to make the streets safe for around two million Arab citizens, who live in terror from some 20 crime gangs based on clans. Most are too scared to bear witness against their tormentors – even when they are the bereaved families of the victims. Often, they refuse to cooperate with the “Jewish police,” investigation into murders, while at the same time demanding protection. The police are therefore confronted with a wall of silence in their efforts to solve crime in the Arab sector.

These clan-gangs hold sway by protection rackets against local shopkeepers, dope smuggling, assassinations, contract killings, rustling farm produce. Their homicidal turf wars have escalated outrageously in recent months. Much of their power comes from their standing as purveyors of illicit firearms, including automatic rifles, rockets and grenades.

Law enforcement authorities see the stemming of their sources of weapons and uncovering their secret hoards the key to curtailing the gangs’ criminal activities and halting the current wave of murder.

That task has been assigned to the Shin Bet. The small, specialized unit being set up by the service, will be separate from its mainstream operations but share its cutting-edge technical tools. It is common knowledge that Arab crime gangs’ illegal firearms come from local sources, especially, one way or another, from the Israeli military. They may be procured from break-ins to Israel Defense Forces stores or bases, sold by criminal elements within the military, stolen from soldiers on leave or the burgled homes of holders of gun licenses.

While the Shin Bet’s main mission is the undercover war to counter Palestinian terrorism, the service was called in last May to help the police deal with the eruption of violence in the domestic Arab sector against their Jewish neighbors in mixed towns during the IDF’s counter-terror operation in the Gaza Strip. In the five days it took to quell the outbreak, the Shin Bet gained valuable experience in dealing with the local Arab community.

The criminal gangs are mostly concentrated in the central Israeli towns of Lod and Ramle, the Triangle northeast of Tel Aviv and Galilee villages in the north, The 300,000-strong Bedouin community of the south are in a special category. They have no respect for Israeli law or its borders, Their smuggling operations reach across to tribal affiliates in Egyptian Sinai and Jordan.