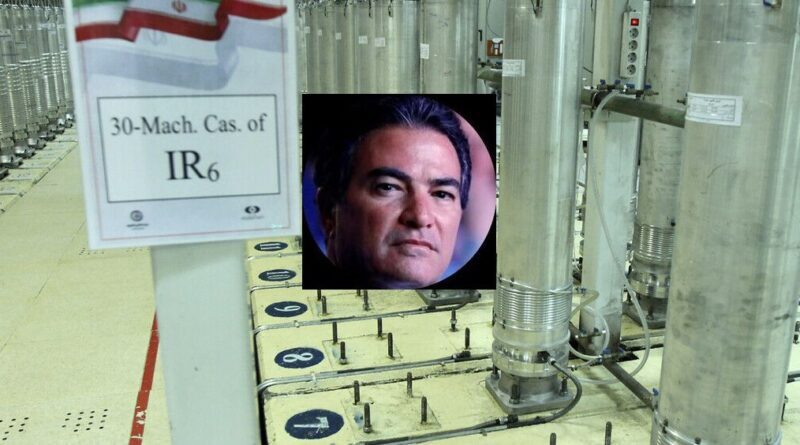 The nuclear watchdog reported a substantial drop in production at Natanz, Iran’s main nuclear enrichment site on Monday, June 1, at the same time as a farewell event was taking place in Tel Aviv to mark Yossi Cohen’s departure from 28 years as a member of the Mossad spy agency and the last five as its director.

Th International Atomic Energy Agency’s disclosure represented a fitting parting gift to his country from an official reputedly charged with orchestrating a covert campaign against Iran’s nuclear program. The report circulated to IAEA board members disclosed that only 20 cascades of centrifuges were functioning at the uranium enrichment plant at Natanz, down sharply from 35-37 before the mysterious explosion on April 12 took out the plant’s power supply and destroyed hundreds of centrifuges. It was said to have been caused by the remote detonation of an explosive device planted at the Natanz center some years ago.

The increase of Iran’s stockpile of enriched uranium also slowed significantly following the April 11 attack – only by an estimated 273 kilograms in the three months ending May 22, which was just over half the 525 kg stockpile increase in the previous quarter.

Iran accused Israel of orchestrating the Natanz sabotage to torpedo the start of the Vienna talks for restoring the US to the 2015 nuclear pact. Israel did not own up to that incident, or any of the attacks over the last 18 months at several at Iran’s nuclear facilities, or the assassination of the father of Iran’s nuclear program. The only incident Israel has ever admitted was the Mossad raid on Iran’s secret nuclear archive in Tehran. The archive was smuggled out of the country and revealed in a dramatic denouement by PM Netanyahu of Iran’s ulterior nuclear plans in 2018.

Speaking on Monday at the event in his honor, alongside PM Binyamin Netanyahu, Cohen said without offering specifics: “We acted constantly to gather intelligence and uncover secrets and undermine Iran’s self-confidence and arrogance.”

The prime minister said: “One thing I admire in the organization and you, Yossi, in particular, is the constant readiness to take the initiative and seize the bull by the horns, the bull meaning Iran. When I told you that your supreme mission was to block and hold back by any means Iran’s race for a nuclear bomb, I pushed you and you carried on the push” Netanyahu concluded by saying, “I can’t reveal everything we are doing to counter the ayatollahs regime’s threat to annihilate us. Better to leave affairs of the covert world in the shadows.”

At the same time, Iran’s Natanz plant managed to push uranium purity up past 60pc close enough to weapons grade to fuel to an estimated 3 or 5 nuclear devices. Therefore, while the Mossad’s relentless efforts significantly decelerated Iran’s race for a nuclear weapon at several points, the Islamic Republic repeatedly recovered and continued to drive forward towards its objective.

Careful to stay out of the limelight, a prominent guest at the party for Yossi Cohen was Mike Pompeo, former Director of the CIA, until recently US Secretary of State, and a close colleague and friend. Both are now civilians after distinguished careers and an even more remarkable personal partnership in the common drive for shared goals. The operations they orchestrated in close sync, each in his own realm, often powered key US Middle East policy moves.