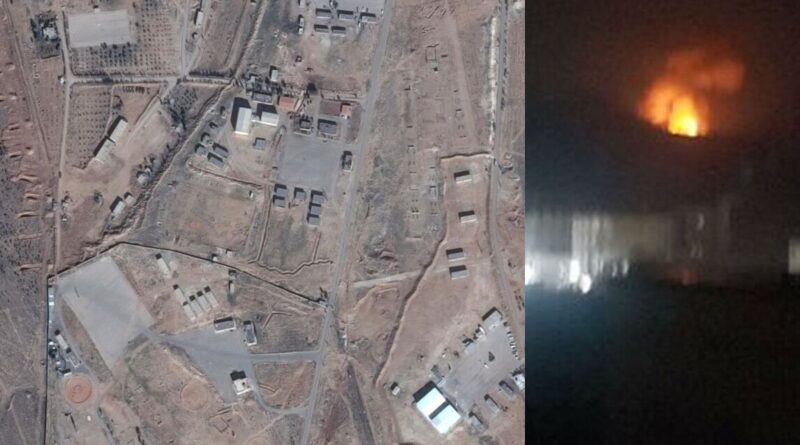 IDF Chief of Staff Lt. Gen. Aviv Kochavi did not name the “third country” attacked by the Israeli air force, along with Operation Sunrise of Aug. 8 in Gaza when he remarked on Friday, “Ten days ago, the IDF hit with great precision Tayseer Jabari, an arch-terrorist; at the same time, carrying out a wave of arrests on the West Bank; and at the same time, attacking a third country,  while also securing the country’s other borders.”

However, Gulf Arab intelligence sources were more forthcoming. They report that the “third” target attacked was the Al Hafa military base on the Naqam Mountain west of the Yemen capital of Sanaa, taking place on Aug. 7, the day before the IDF launched the Gaza operation against the Palestinian Islamic Jihad in Gaza.

Al Hafa is the key base maintained by the Iranian Revolutionary Guards Corps and the Lebanese Hizballah in Houthi insurgent-held territory of Yemen. It also serves as home for the IRGC’s attack drone fleet. Yemeni officials claimed that an exploding ballistic missile caused the damage. According to the same Gulf sources, an Israeli air strike took place, killing 10 people, including at least 6 IRGC and Hizballah personnel. Most of the facility was leveled in the strike and subsequent explosions finished off many of the surrounding buildings.

If this version of the IDF attack in Yemen is confirmed, it would represent the Israeli air force’s most remote mission to date. Al Hafa base is 2,918 km flying distance from Israel, i.e., 1,718 km. farther than Iran. It would also have been Israel’s first offensive action against a Houthi domain in Yemen. Military sources assume that Israel used one of its long-range UAVs for the mission.

Since the strike was launched a day before Operation Sunrise hit the Iran-backed Palestinian Islamic Jihad in Gaza, it served as an opening shot, apparently staged to pre-empt any Iranian/Houthi plans to launch armed drones against Israeli targets as back-up for their Palestinian allies.