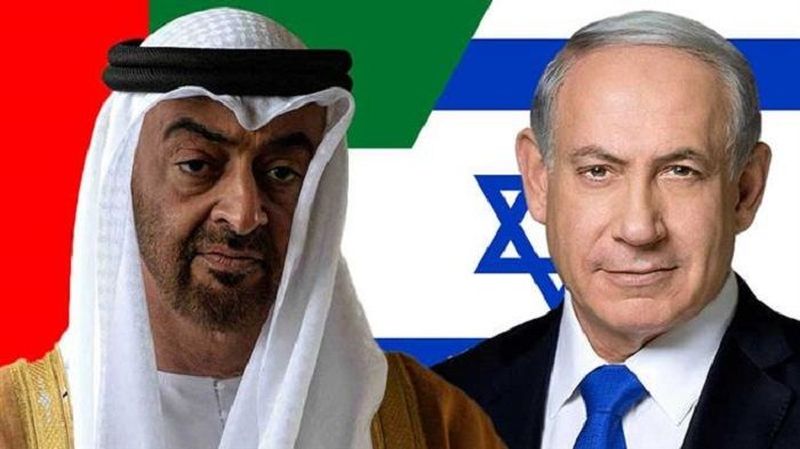 Nonetheless, neither of the three denied the existenceof this three-way alliance since it served them all. For Israel, there was an extrabenefit. The focus on Netanyahu’s ties with MbS effectively distracted from anotherregional connection, which may even outweigh in importance his association withRiyadh, namely, Jerusalem’s burgeoning cooperation with Abu Dhabi, or rather, his growingunderstanding with the less flamboyant United Arab Emirates Crown Prince SheikhMuhammed Bin Zayed (MbZ).

The plans on which the Israeli and Emirati leaders are quietly working together are immensely ambitious, with the potential for changing the face of the Middle East during the coming decade.

This partnership is in many ways unique in its striking contrast to the way Israel was treated by the Arab world for most of its 71-year history. Until recently, Israeli governments rejoiced over minimal, undeclared interaction with their Arab neighbors. Even the peace treaties with Egypt and Jordan never produced friendships or removed deep-rooted Arab antipathy for the Jewish state. A full-dress military, intelligence and economic partnership with a Gulf emirate – which openly addresses Israel as an ally -would have been the stuff of dreams for Netanyahu’s predecessors.

The UAE-Israeli working relationship stands on solid ground: The Prince believes Israel can offer the military and technology underpinnings he needs for the naval, military and business empire he is quietly building in the region. (See a separate article on the UAE’s takeover of key Middle East and E. African ports). And, after several conversations with MbZ , Netanyahu was convinced that the UAE can further advance the impetus Kenya’s Uhuru Kenyatta gave Jerusalem for opening African doors to places that have always been virgin territory. The UAE and Israel also share a powerful interest in isolating Iran and curbing its expansion towards the Arabian Peninsula, the Red Sea and the Middle East at large.

The Crown Prince’s plans for Israeli footholds may be construed graphically from the map of his broad holdings presented in this issue. DEBKA Weekly’sexclusive sources mark thehigh points.

The Republic of Somaliland: A self-declared state considered internationally to be an autonomous region of Somalia. Its geographic position is uniquely strategic, lying as it does in northwestern Somali on the southern coast of the Gulf of Aden, and bordered by the rest of Somalia to the east, Djibouti to the west, and Ethiopia to the south and west. The economy of its 1.5 million inhabitants is totally dependent on Berbera port, which is controlled and administered by the United Arab Republic.

The Puntland State of Somalia: Like Somaliland, its leaders declared autonomy in 1998, but gained recognition only as an autonomous region of Somalia. Puntland is enclosed by Somaliland to the west, the Gulf of Aden to the north, the Guardafui Channel to the east, the central Galmudug region to the south and Ethiopia to the southwest. Its Cape Guardafui forms the tip of the Horn of Africa.

Bosaso is located on the southern coastof the Gulf of Aden, which is why it is of interest to the UAE. In contrast to the Somali image as a rundown, desolate corner of the world, Bosaso is a bustling, modern city with a diverse economy and good education, government, banking, tourism, aviation, and health care services, fine food and attractive shops.

Djibouti: DEBKA Weekly was informed that Djibouti’s President Ismail Omar Guelleh, after talking to MbZ, came to Netanyahu with proposal for extensive cooperation. This would include the right to establish an Israeli army, air force and naval base, and build high tech plants with UAE and Israel investment. Guelleh also offered overflight permission for Israeli and other airlines flying to and from Israel as well as landing rights at Djibouti international airport. These rights would substantially cut down flying time between Israel to the Far East and South America. A military presence in Djibouti would give the UAE and Israel control of the Bab Al-Mandeb strait at the mouth of the Red Sea.

Eritrea and Ethiopia: Using its longstanding high-profile ties with Addis Ababa and Asmara, Jerusalem, alongside Abu Dhabi, helped bring Ethiopia’s prime minister Abiy Ahmed Ali and Eritrea’s prime minister Isaias Afterweki together in June 2018 for peace talks to end two decades of hostility between their countries. Military ties were also cemented. The UAE and Israel have acquired naval and military bases in Asab Port. One of Israel’s most sophisticated early warning stations against Iran has for some years sat atop Mt. Amba Sewira, which stands 10,000 feet above sea level outside Semafe, a coastal town 135 km south of the Eritrean capital of Asama. This station was recently connected to the UAE and Saudi Navies’ operations rooms.

Sudan: The Emir is also opening the door of Khartoum to Israel with the encouragement of Egyptian President Abdel-Fatteh El-Sisi. Following his conversation with President Omar Bashir, Khartoum asked Israel to send military instructors over to train Sudanese special forces, proposed buying Israeli military hardware, offered permits for Israeli business firms to operate in Sudan and agreed to allow Israeli and other airlines permission to fly through its airspace.

United Arab Emirates: Trilateralnegotiations are being wound up between Abu Dhabi, New Delhi and Jerusalem for openingEmirati skies to international airlines, including those of Israel, which ply theTel Aviv-Mumbai route. By shortening flight hours, this deal would provide Israel’seconomy with a sizeable boost.