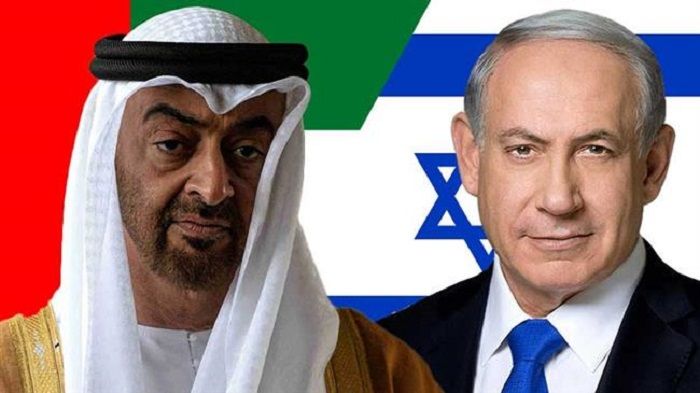 An almost religious precept held by the Arab world was that no normal relations with Israel were allowed before Palestinian statehood was achieved within pre-1967 borders. That is until Aug. 13, 2020, when the historic UAE-Israel deal brokered by the Trump administration turned it on its head. The richest Gulf Arab nation dropped this condition without a murmur and formalized its long-standing undercover ties with the Jewish State.

Binyamin Netanyahu’s predecessors and Western peace mediators were forced to haggle irresolutely over how much Israel must pay for peace with the Palestinians, before there could be any discussion of normal relations with the Arab world. Suddenly, Abu Dhabi Crown Prince Mohammed bin Zayed (MbZ) and PM Binyamin Netanyahu were seen to be engaged in the regular give-and-take that precede any normal international deal.

PM Binyamin Netanyahu may pay in domestic support for putting on ice his plan to extend Israel sovereignty to the Jewish areas of the West Bank, although the promise he made to the voting public was never actually enshrined in law, a map or a timeline.  Moreover, the Palestinian issue was pushed onto a back burner by the pressing coronavirus outbreak and serious economic fallout.

Certainly, the UAE’s ruler, Prince Mohammed bin Zayed, had bigger fish to fry. He leads an absolute Gulf monarchy over a federation of seven emirates consisting of Abu Dhabi (which serves as the capital), Ajman, Dubai, Fujairah, Ras Al Khaimah, Sharjah and Umm Al Quwain. With a population of just one million citizens and some nine million foreign workers, the UAE, once a backwater, has emerged as one of the world’s most flourishing economic centers, an international media hub and an attractive tourist site. It boasts an effective army with elite units and a strong air force as well as innovative capacity and high ambitions. For many years, its regime has have relied on close security ties with Israel and intelligence ties with the Mossad, the US and France.

The two countries share with the Trump administration deep suspicions of Shiite Iran and its expansionist interventions in the region. Abu Dhabi and Tehran are also in dispute over Gulf islands.

The Emiratis’ deal with Israel appears to have sharpened the profound religious-political divide in the region. Egypt’s Abdel Fattah al-Sisi, like Bahrain and Oman, approved the UAE’s normalization accord as beneficial to the region and peace, while Turkey along with Iran slammed it. President Recep Erdogan said on Friday he is considering shutting Turkey’s embassy in Abu Dhabi, recalling its ambassador and severing ties.

Like Egypt, the UAE, Saud Arabia and most of the Gulf Arab governments while contesting Iran, also repudiate the Muslim Brotherhood. Turkey champions this radical group and plays host to its Palestinian offshoot. Hamas.

In Yemen, the UAE and Saudi Arabia jointly lead a coalition that has been fighting the Iran-backed Houthi insurgents in an unresolved war for control of the country. In line with MbZ’s territorial aspirations, the UAE has been going it alone to move in on southern Yemen. In June, UAE forces occupied Yemeni Socotra, a strategic Yemeni archipelago overlooking the Red Sea international shipping lane. Those forces withdrew from the islands but left behind a small military base..