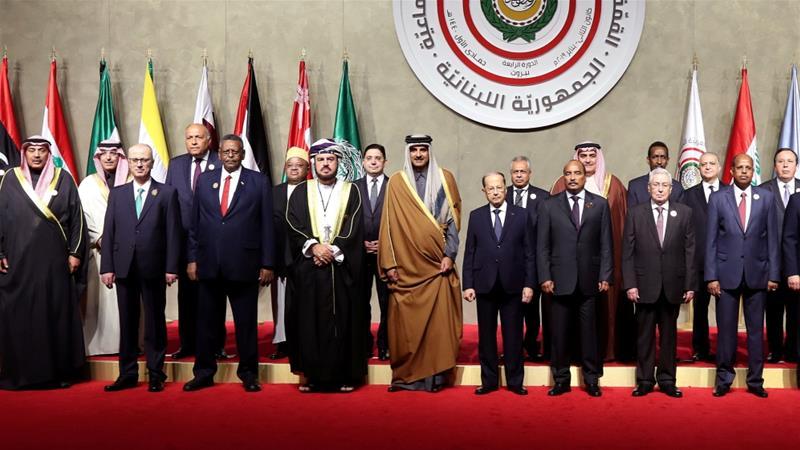 President Vladimir Putin of Russia and Abdel-Fatteh El-Sisi of Egypt began exercising their diplomatic wiles in January to engineer Syrian President Bashar Assad’s rehabilitation by the Arab League at the summit which took place on March 31 in Tunis. He was blackballed and ostracized during the eight-year Syrian war for his brutal methods in repressiing the Syrian opposition. Moscow and Cairo had envisaged a resolution being passed at the Tunis summit that welcomed the end of Syria’s civil war and invited Assad to regain his seat at the League summit. A special Russian aircraft was standing by in Damascus ready to fly him straight over to Tunis, there and then. It was hoped that the session would invite Assad to return to full activity in the Cairo-based Arab League’s institutions, a step towards his international rehabilitation.

The Putin-El-Sisi initiative was seconded by United Arab Emirate leaders, headed by Sheikh Mohamed bin Zayed Al Nahyan. The exact same champions also happen to be backers of the Libyan general Khalifa Haftar, whose National Libyan Army is in the middle of a major campaign to conquer the Libyan capital, Tripoli.

Putin’s plan to restore the Syrian ruler to the Arab fold was quickly and comprehensively derailed by US Secretary of State Mike Pompeo. He worked through two conduits. The first, DEBKA Weekly’s sources report, was Saudi King Salman Bin Abdelaziz and Crown Prince Muhammed bin Salman, who were persuaded to veto any suggestion of Assad’s rehabilitation. The same object was achieved by the non-attendance of a large number of Arab rulers, who stayed asway from the Arab League’s Tunis summit. With only 13 rulers present out of 22, the session was not empowered to approve major decisions.

In the event, Bashar Assad stayed home. His non-invitation was not just a disappointment to him, but it sunk Russian plans to haul the Syrian president out of long disgrace among his fellow Arab rulers. One side-effect was the collapse of Moscow’s big plan to start repatriating the eight million Syrian refugees who escaped with their lives across four borders to Turkey, Iraq, Lebanon and Jordan. Our sources report that Putin personally supervised preparations of the plan for restoring the first 1.7 million refugees to their homes in Syria in the first year of Arab reconciliation with Assad. The bottom fell out of the Russia president’s plan due to two factors:

1. Assad is afraid to admit a large number of returning Syrians who have spent 6 to 8 years outside the country and were exposed to foreign influences. His security agencies cannot guarantee their loyalty to the regime.

2. President Donald Trump decided to nip this plan in the bud. Our intelligence sources reveal that the US administration notified the Kremlin in recent days that the $10bn raised by donor states for rebuilding war-torn Syria would not be channeled through President Assad or the Syrian treasury. The money would be spent on resettling the Syrian refugees in their host countries. Not a single dollar would reach Damascus.

Putin’s plans were thrown into disarray. He had intended this amount to be used on rebuilding the economic, employment and urban infrastructure ravaged in the war and so give the returning refugees a new start. Our sources add that the Trump plan for resettling Syrian refugees in their host countries bears some resemblance to the solution offered the Palestinian refugees in his Plan of the Century for an Israeli-Palestinian peace.