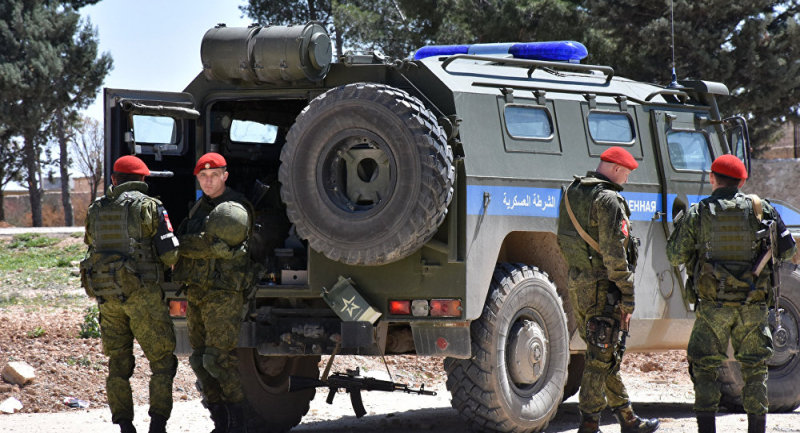 Not one of the eight Russian military police posts promised by President Vladimir Putin for patrolling the Syrian-Israeli disengagement line on the Golan exists. This was discovered by DEBKA Weekly’s military sources inspecting the area after Col. Gen. Sergei Rudskoi, Chief of the Main Operational Directorate of the Russian General Staff, said in Moscow on Aug. 2 that UN peacekeepers, accompanied by Russian military police, had conducted their first patrol of the disengagement line.

The Russian Defense Ministry announced that eight observation posts would be deployed on that line, control of which would be transferred to the Syrian army when the situation stabilized. They were to provide proof of Russian control of the southern Syrian borders with Israel and Jordan, in keeping with Putin’s assurances to US President Donald Trump in Helsinki on July 16. In the ensuing weeks, Russian envoys leaked claims that Putin and Prime Minister Binyamin Netanyahu had also reached an understanding for Iranian and Hizballah forces and Shiite militias under Revolutionary Guards command to be pushed back 85km from the Israeli border. According to those Russian diplomats, Russian military police made up of Chechen commandos would operate with UNDOF to keep the Iranians and their proxies in the far distance.

None of this has happened, as our sources have confirmed. What they saw this week was that the Syrian Golan, only recently rated as one of the most dangerous and sensitive corners of the Middle East, is practically deserted, with only an occasional small Syrian military convoy disturbing the quiet. The surrounding areas remain under the control of “Sunni militias” – former “Syrian rebels” who have morphed as “local forces” working closely with the Assad regime.

DEBKA Weekly’s sources learned this week that President Trump’s national security adviser, John Bolton, was concerned enough about this vacuum to ask French President Emmanuel Macron for a plan to expand and arm the UNDOF monitor force into an effective US-French substitute for the absent Russians, with the same policing mission.

Bolton intended to formalize this arrangement when the UNDOF mandate came up at the UN Security Council for renewal on Aug. 31. However, Macron took matters in his own hands. Without consulting Bolton, he put the US proposal before the Lebanese government with a suggestion of his own, to consolidate the two UN peacekeeping forces posted on the Golan and the Lebanese-Israeli borders. Unaware of the political balance in Beirut, Macron did not realize that the information he gave the Lebanese government would shoot straight to Hizballah. The fallout was instantaneous: The Beirut government was forced by Hizballah to reject Macron’s plan, and on Saturday, Aug. 4, a mysterious group of “civilians” blocked a road to Majdal Zoun in southern Lebanon and ambushed a UNIFIL patrol, damaging their vehicles and equipment.

This incident with no apparent rhyme or reason was a typical stunt of Hizballah and its masters in Tehran for signaling their intentions. This time it was a warning that UNDOF on the Golan was faced the same rough treatment as as UNIFIL if they performed their mission with undue diligence.