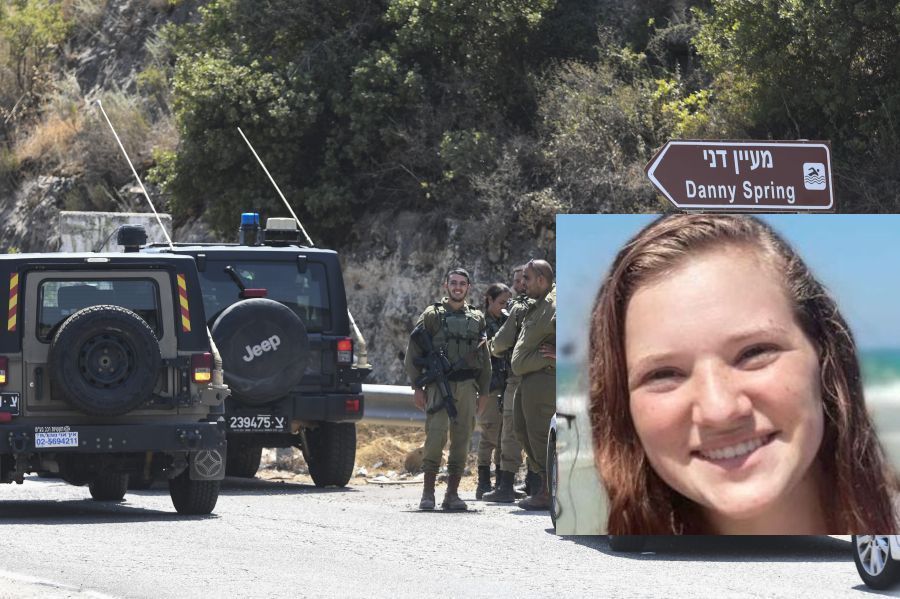 Rina Shnerb, 17, died of her injuries on Friday, Aug. 23, and her father and brother were badly hurt by an explosive device tossed by Palestinian terrorists from a car at the Danny Spring nature reserve outside Dolan, in Binyamin. The family of 1l lives in Lod, south of Tel Aviv. Her father, Rabbi Eytan Shnerb and her brother Dvir are being treated in hospital. Magen David paramedics made strenuous efforts at the scene of the attack to save Rina’s life – without success. Her funeral takes place on Friday afternoon at Lod.

A large explosion struck a group of holiday makers outside Dolev in Binyamin Friday morning, Aug. 23, seriously injuring a man of 46, his son of 21 and daughter of 17.  amid an escalating Palestinian terror campaign in Judea and Samaria. The girl is in critical condition with multiple injuries. The first two were lifted by helicopter to hospital after first aid. According to first reports, an explosive device was hurled from a white vehicle into the Ain Buvin nature reserve outside Dolev ( (renamed the “Danny Spring” after a previous terrorist victim) which was crowded with families. The vehicle is said to have been racing towards Ramallah. Large IDF teams are scouring the area for the perpetrators and people living in neighboring communities advised to stay home and be vigilant. The terrorists are still at large.

DEBKAfile’s military sources: The attack was carried out by a terrorist team which waited in ambush for a group of Israeli trippers before hurling their explosive device or hand grenade.

Last Friday, a week ago, Nahum Navis, 17, and his sister, Na’am Navis, 20, were run down in a Palestinian ramming attack outside their hometown of Elazar in Gush Etzion. Nahum is still being treated for life-threatening injuries.

25 thoughts on “An Israeli girl of 17 murdered by Palestinian explosive. Her father and brother badly hurt”