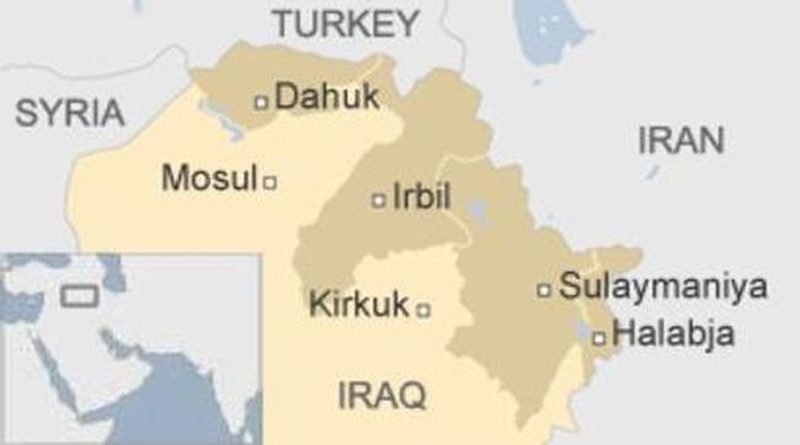 Pending President Donald Trump’s final endorsement, America will set up three new bases in Iraq – all located in the northern semiautonomous Kurdish region KRG). Ground-clearing and roadworks are already going forward at the Kurdish town of Sulaymaniyah, at a second site south of Irbil and a third at Halabja, a location which faces Iran and will become the US base closest to the Islamic Republic.

The 450 US military personnel deployed in the KRG will be boosted to some 2,000 (in addition to the 5,000 troops serving in existing US bases).

This plan is modeled on the Trump administration’s tactic for Syria. There, the US maintains a military presence in a well-defined northeastern enclave. This draws a line on Russian, Iranian and Syrian expansion while maintaining US non-interference in their dominant positions in Damascus and the rest of Syria.

The Iraqi version would confine the US deployment to the northwest and leave Baghdad and the South to Iraqi control under Iranian influence – but not the entire country. Washington, having given up on a stable government rising in Baghdad in view of the deep fissures within Iraq’s Shiite community, plans to keep an eye on the situation from afar through its distant military holdings.

On Thursday, Iraq’s president Barham Salih and Donald Trump met at Davos and issued a statement: “The two leaders agreed on the importance of continuing the United States-Iraq economic and security partnership, including the fight against ISIS.” This countered the Iraqi parliament’s call for the expulsion of US forces from the country after the Soleimani assassination.

DEBKA Weekly’s military sources see a chain of US bases running from the existing Ain Al Asad airbase in the western Anbar province to Balad, 80km north of Baghdad, and K1, a facility that secures the Kirkuk oilfields. They are to be augmented now with three more US military sites in Kurdistan.

This chain will then run from northern Iraq to northeastern Syria, where the foundations are being laid for a future independent Kurdish state under US auspices, that is intended one day to link up with Iraqi Kurdistan. The Syrian Kurds, which are the backbone of the US-backed Syrian Democratic Forces (SDF), will be able to draw on Syria’s oil and gas deposits, now under US, Saudi and SDF control, to support their self-ruling economy, in same way as the Iraqi KRG is sustained by the oilfields of Kirkuk.

Moscow is not entirely reconciled to this US takeover in either country. In Syria, the Russians plugged a hole in the American monopoly of the Kurdish regions by signing a lease for the use of Qamishli airport. They were less successful in Iraq. A Russian military convoy attempting to cross from northeastern Syria to the Kurdish region of Iraq on Tuesday, Jan. 21, was blocked by US forces on the highway north of Rmelan in the Kurdish Syrian province, before it reached the border. The Russian convoy was forced to return to Qamishli.

Halabja, 14km from Iran’s western border, stands at the eastern gateway of Sulaymaniyah. This province is ruled by the powerful Talabani clan which has tried for years to persuade the Americans to send troops to hold back Iranian attempts at expansion. Lahur Talabani, head of the Zanyan Agency intelligence and counterterrorism organization that controls Sulaymaniyeh, appears to have finally convinced Washington that US forces are essential for keeping Iran at bay.

The American base planned for Halabja would defeat the Iranian general Qassem Soleimani’s overriding objective, which was to keep US forces at a distance from Iran’s borders. An American base at Halabja would serve as a fitting Washington epitaph for the general whom the US assassinated on Jan. 3.